Home Close calls How I learned to say no 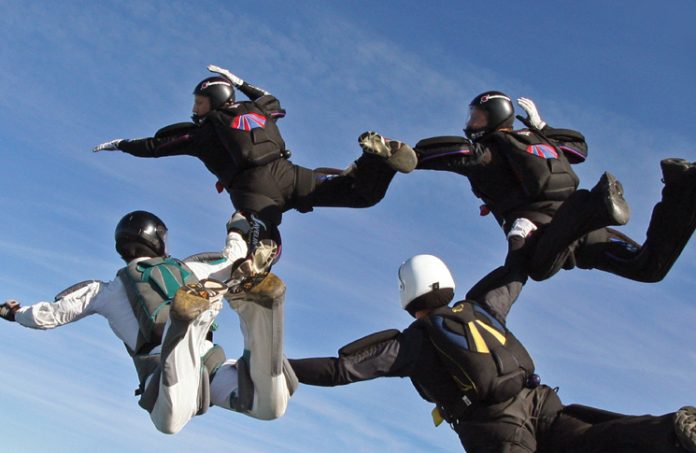 The general narrative of a close call story is one of a singular incident, where perhaps one came much closer to clipping the metaphorical (or literal) trees on final than they’d care to admit. Although my story does have an incident that brought things to a head, my real close call was an 18-month long encounter with a culture that discouraged speaking up and allowed boundaries to be pushed.

It was the start of summer and I’d managed to find my first ‘gig’ in aviation, flying skydivers at a small drop zone. As you might imagine, I was stoked and jumped in with enthusiasm and naivety to boot. Supervised by the owner of the business (also a pilot), I started learning the ups and downs of playing human darts. Before long, I was good to go on my own and flying skydivers every weekend.

I really loved it but, looking back, red flags started popping up early on. They were individually little things that on their own weren’t likely to lead to outright catastrophe—flying when the weather was far from optimal, an unserviceable fuel gauge, rounding down flight times on the maintenance release—things that make that little voice in your head go ‘Hey, hold on a minute.’ But drowning out this voice was the genuine fun I was having dropping skydivers. Dropzones have upbeat and exciting atmospheres, and I was caught up in that.

Initially these minor transgressions were tolerable and in my mind responsibility for them was easily deferred to someone else. After some time, I made attempts to bring up things that needed fixing or improving into conversations. These were met adversarially by the owner, with the ‘this is how we’ve always done it’ and ‘we have a fantastic safety record’ being favourite go-to lines for brushing me off.

But as my experience grew, I became emboldened to say a dreaded word: no.

The turning point came about six months in, by which time I was flying a GippsAero Airvan. Attitudes towards maximum take-off weight were a little liberal to say the least, and some quick addition on the calculator drew into question the ‘standard weights’ used and the officially carried weight and balance sheets. Airvans will carry eight or even nine skydivers … if they’re all 75 kg including a parachute and kit. This describes only a handful of the skydivers I know.

I recall a sunny Saturday morning in the middle of winter. The owner sent out a load of eight skydivers, all male and quite solid. Right away I knew we were over maximum take-off weight; a quick calculation confirmed it was by a decent amount—just over 100 kg. Too much over to even entertain going with, and so I explained this to the skydivers, who themselves were surprisingly tolerant that I was offloading someone. One of the larger blokes quickly volunteered to sit out. ‘Perfect!’ I thought, and I quickly ran over to tell the owner and grab a new manifest ticket.

Firmly, I explained that the load was too heavy, citing the exact weight we were over, but quickly following up with, ‘I’ve already asked the guys and Paul has agreed to sit this one out.’ A borderline irate reaction and heated argument ensued but, resisting pressure to go overweight, I declared, ‘No. Either someone sits out or I sit out.’ Unhappy is a sanitised way to describe his response but, realising that I wasn’t backing down, a new manifest ticket was eventually produced and off we went. More words followed post-flight, but I kept my job and flew the rest of that weekend without incident.

Reflecting, I questioned what had been different in this scenario to some of my previously expressed safety concerns. When I raised issues in the past, I tended to raise them all at once, offering almost a shopping list of problems. There were some major items in there, but these got lost in what was a sea of other smaller and comparatively insignificant issues.

The loading situation had forced me to focus on a singular, critical problem. Three themes came out of this.

Without trying to downplay the need for minor safety issues to be addressed, make sure you prioritise the major problems. If you can’t go flying because the engine is running rough, there and then isn’t the time to bring up the door that’s been occasionally popping open in flight for more than six months. If there’s only one thing stopping you going flying, then focus only on that when explaining the situation to the person that you’re saying no to.

On the same tune, make your response proportionate to the issue at hand. Overreacting to a minor issue will detract from your ability to convey concern about a genuinely dangerous issue in the future.

The unfortunate reality is that at some point every pilot will have to say no, and after that they’ll have to hold their ground. This is hard and uncomfortable, particularly when you’re inexperienced or beholden to your employer. It might even be yourself that you’re saying no to.

Making the decision to say no has consequences. The consequences most pilots worry about are getting fired, annoying the boss or costing the business money. But, if saying no saves your life or prevents an accident, these consequences quickly fade into insignificance.

Offer a way to say yes

This is the most important part. One of the reasons people may respond badly to being told no is because it backs them into a corner that they can’t escape from. Your refusal to fly an aircraft might mean replanning an entire day, cost a lot of money or simply challenge someone’s authority. It’s so much easier for that person to accept that you are saying no if you provide them with an alternate plan. That plan offers an easy exit from both the problem and the conversation itself.

Presenting an alternate plan also negates the need to outright say no, which might allow you to still get the job done.

So how did my story pan out?

The owner eventually accepted that if I said it wasn’t happening, well then it wasn’t happening. It did take a few more instances of saying no (on various issues), but we got there. I don’t think he ever liked it or me for saying no, but that was the way it was.

The skydivers themselves were quite receptive of my pushing back when I felt things were unsafe. The occasional disappointed skydiver was easily offset by their feeling that someone was actively looking out for safety in the flying side of the business.

However, the underlying attitudes toward safety and limits from the business never really improved. My efforts to create change were tolerated but not embraced. I made sure my own flying was safe, but attempts to improve the culture didn’t get far. As much as I genuinely enjoyed working there, eventually I made the decision that I had said no one too many times and I moved on.

Since skydiving I have worked for several companies, all of which have had amazing safety cultures. Cultures which praise decisions to say no and make an effort not to punish or deter such decisions. Despite what anyone might tell you, positive safety culture should be and is the norm, even in general aviation.

Every company worth working for wants their pilots to say no when it matters most. The saying goes that a good pilot flies a good aeroplane, which by implication means a good pilot says no to a bad aeroplane. Know when to say no. Say it, then offer a path to making that situation safe enough for you to say yes.