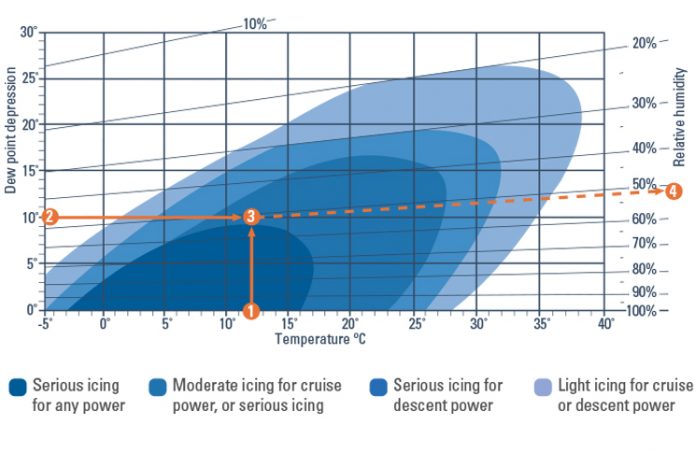 ‘Winter is coming,’ has entered the language as a motto from a popular but violent television fantasy series. Nonetheless, it’s a useful phrase in the real world of general aviation at this time of year in Australia. Our winters may not be particularly cold by world standards, but they are the main (although not the only) season for carburettor icing.

As every general aviation pilot ought to know, carburettor icing occurs when the air temperature adiabatically decreases sufficiently to condense water vapour and for the localised air temperature to reduce below freezing. Ice builds up as the chilled condensed water makes contact with localised surfaces, such as the carburettor’s butterfly valve and venturi walls. Carburettors experience additional cooling because of the evaporation of fuel.

The risk of carburettor icing is significantly increased at partial power settings (for example, when power is reduced during descent), because of the cooling effect of a partly closed throttle. Carburettor heat, which sends air heated by the engine into the carburettor inlet, is the countermeasure to carburettor icing. But the most important thing to remember about heating is that it’s more effective as a prevention than cure. Once the ice has formed, there may not be time to melt it before you end up in serious trouble—with either a stopped engine, the ground rapidly approaching or both.

Carburettor icing is both temperature and humidity related, which is why it can occur over a wide range of temperatures and seasons. But with the Bureau of meteorology  predicting the winter months of June to August are likely to be wetter than average for most of Australia, it threatens to be a more prominent adverse safety factor this year.

CASA has a carburettor icing probability chart available online or in printed form from the CASA online store. Flight Safety Australia and the Australian Transport Safety Bureau have online information for any pilot wanting to brush up on their knowledge of this insidious and dangerous condition.