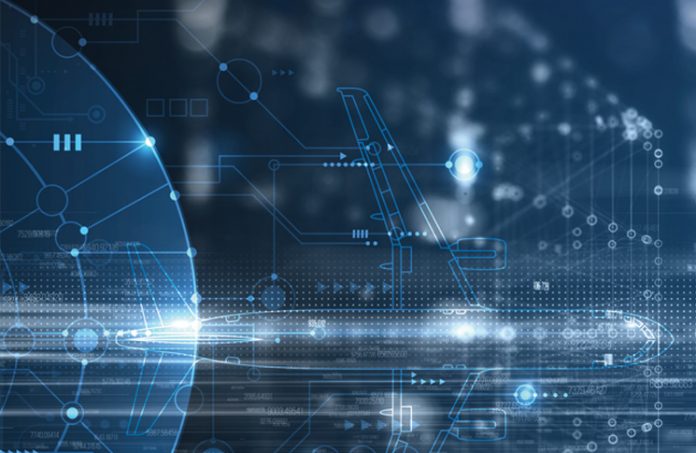 Making sense of the next step change in safety

Airline transport faces an enviable problem: how does it improve an already impressive safety record? Doing so may be beyond human capability, but well within the potential of two computing concepts—big data and artificial intelligence.

Big data is an almost self-defining term. More specifically, as defined by Gartner Group in 2001, it is data that has the three Vs: ‘greater variety, arriving in increasing volumes and with ever-higher velocity.’

The Airbus A350 is a good example of the three Vs. It has 50,000 onboard sensors (volume, variety) and generates 2.5 terabytes of data per day of operation (velocity). Aviation consultancy firm Oliver Wyman estimates that by 2026, annual aircraft data generation should reach 98 million terabytes, with aircraft generating up to eight terabytes per flight. The analogy of huge virtual contrails of flight data seems fitting.

Another definition of big data focuses on what can be done with it. This defines it as ‘extremely large data sets that may be analysed computationally to reveal patterns, trends and associations, especially relating to human behaviour and interactions.’

We are just beginning to understand all that can be done with “big data” from aircraft. In effect, we face a field full of flowers but have little idea of the right ones to pick for a bouquet. Especially challenging will be determining how to connect all of the information a modern aircraft is capable of producing, as well as integrate that with data in other sources not directly linked with the aircraft, such as manuals, reliability information, training and the like.

International Air Transport Association (IATA) director-general Alexandre de Juniac says, ‘The aviation industry is on the verge of a new era, in which the use of data and the ability to turn data into information and insights will be more crucial than ever.’

The director of flight safety at Southwest Airlines, Jeff Hamlett, says the sheer volume of data is itself a challenge. He told NASA, ‘We have mounds of data; the big request is always, “Tell me something I don’t know.” We have to start with something specific, like an issue we discovered in a pilot report, and then we can search through the system and discover the breadth and depth of the issue.’

The other emerging concept is artificial intelligence (AI). It is defined by the Oxford Dictionary as ‘the theory and development of computer systems able to perform tasks normally requiring human intelligence, such as visual perception, speech recognition, decision-making and translation between languages’. One of the programming foundations of AI is deep-learning algorithms, which improve the performance of artificial neural networks. These networks, which mimic the functioning of the human brain, are the means by which AI computers can learn and improve by trial and error.

The challenge of analysis

AI is essential to make sense of big data, Robert A. Pearce of NASA’s Aeronautics Research Mission Directorate, told the Flight Safety Foundation International Air Safety Summit in Taiwan in November 2019. The overwhelming volume of flight, maintenance and weather data would require artificial intelligence to draw meaningful safety information from it. ‘The way we do system-wide safety in future will involve much more machine learning and big data analytics. It is going to drive our ability to be prognostic and proactive,’ he said.

‘As the systems become more complex, we’re going to need to apply artificial intelligence and big data analytics to help bring all this information together, help us extract insights and help us do the mitigations that are required in real time before issues become incidents,’ Pearce said.

‘In order for urban air mobility to happen we need to have a system-wide safety architecture in place. We need to be analysing data as it is coming in, analysing it, recognising where there are risks and mitigating them,’ Pearce said.

Because bigger—in data terms—is better, with more reliability, more detail and less variability, there is a strong incentive for airlines and other operators to pool and share data.

In 2017 Airbus announced Skywise, an aviation data platform developed in collaboration with Palantir Technologies. Skywise is designed to bring together data from disparate sources across the industry, such as work orders, component data, spares inventories, aircraft and fleet configurations, aircraft onboard sensor data and flight schedules, and present all of this in a simple user interface.

US carrier Delta Airlines has signed up to use Skywise for tracking and analysing operations and performance data for its Airbus A320 and A330 aircraft, to assess the failure probabilities of aircraft parts and schedule maintenance tasks before an issue occurs.

US technology startup SparkCognition is aiming to do something similar for Boeing and the US Air Force, in predictive maintenance and troubleshooting. SparkCognition’s AI aims to warn of aircraft failures before they occur—it uses natural language processing to reduce troubleshooting time by automatically classifying fault codes and recommending best corrective actions.

EASA says D4S aims to ‘organise the collection of all the safety data that are currently scattered and fragmented all over the different organisations in Europe.’

‘The data will then be integrated into a big data platform. Thanks to powerful algorithms this technology will enable us to process the data and extract all the information in it.’

A strong emphasis on data analysis will work towards Data4Safety’s ultimate goal—to ‘know where to look’ and to ‘see it coming’, EASA says.

‘More specifically, the programme will allow us to better know where the risks are (safety issue identification), determine the nature of these risks (risk assessment) and verify if the safety actions are delivering the needed level of safety (performance measurement).’