Trying to make decisions when fatigued proves difficult for this pilot.

This story started some months before the flight about to be described. My single-engine, fixed-pitch machine needed an oil change and had a few minor maintenance issues. One of these issues was the tachometer—the needle moved in erratic jerks and at cruise, it waved about by as much as 50 revolutions. It was removed, sent to an instrument shop and reinstalled—and seemed to work satisfactorily.

It was a September Saturday and, for the first time since the 1940s, two Spitfires would be flying in formation at Temora. That was something not to be missed. I am a PPL of 15 years’ experience who flies at least once a week. My passenger was my former instructor, now retired and not current, but with some 8000 hours in a thousand skies, in every class of aeroplane from Tiger Moths, through fast jets and airliners.

The weather was CAVOK with light winds. Flight planning was as per the book and we launched at 7.30 am as planned and flew to Temora. Waypoints were reached as expected. We arrived in the Temora circuit area at the expected time, landed, secured the machine and joined the throng for the much-anticipated air show. All very ‘ops normal’.

The day went well—the Spits in formation were even better than hoped for. The day was hot in Temora, so I drank lots of water but, even so, when we climbed into the aeroplane to go home, I felt very tired.

I rushed the take-off checks, as a display aircraft—a fast jet—was departing shortly on another runway and I didn’t want to conflict. I am usually obsessive with pre-take-off checks but, on this occasion, I forgot the boost pump and didn’t note the static revolutions. Once airborne, I liaised with Temora UNICOM who advised me to stay below 500 feet AGL until five miles out from the aerodrome, to avoid conflict with the display aircraft. I climbed to about 450 feet AGL, levelled off, trimmed the aircraft and headed south. The plan was to turn onto an easterly heading home, five miles clear of Temora.

After levelling off, I did an instrument scan. All was green, except the rev counter—reading 3200 revs.

The redline was 2700! Startled, I pulled the throttle back to bring the revolutions to 2500 or about 85 per cent, normally good for a 95-knot cruise or an 80-knot climb. I muttered something to my passenger about over-revving the engine.

The airspeed slumped to 80 knots, then 70 knots. I trimmed again and we proceeded at 70 knots until five miles clear, then I turned to a heading of 090 and set about climbing to 5550 feet, our planned height for the flight home.

The aircraft wouldn’t climb—it was struggling to maintain altitude at all. I increased power to 2700 revs, the rev-counter redline, and the aircraft stopped descending. I discussed the problem with my passenger. We both recalled another aircraft powered by a Rotax 912 we had flown some years before that wouldn’t climb on a hot day. Clearly, we thought, this must be a density altitude issue. In other words, a ‘dud’ aeroplane. We considered the problem. We were at 1500 feet and we had to get to 4000 feet to clear the hills around Crookwell. It never occurred to us to do the sensible thing and go back to Temora.

Despite, or perhaps because of, all this brain fade, that afternoon I probably did some of the best stick-and-rudder flying I have ever done. Using thermals, flying in perfect balance and carefully watching my airspeed, I gained the required height in 50-foot increments and then it was back to home base and an uneventful circuit and landing.

The next morning, rehydrated, refreshed and thinking again, I worked it all out. A few weeks later, and with a brand new revolution counter installed, I replicated the conditions. The old rev counter, supposedly overhauled, was overreading by some 1200 revs. The actual revolutions for 70 knots level flight were close to 1500 revs, that is, less than 40 per cent full power. Yet it never occurred to either pilot that the only two things wrong with the aeroplane were the rev counter and the two fools looking at it! Even more incredible and appalling was the fact that those same two fools weren’t even particularly worried about the situation.

In hindsight as pilot-in-command, I should have done lots of things differently.

When I felt tired getting into the aircraft, I should have just stayed the night. I certainly should have not rushed my pre-flight to get out of the way of the display flight. It simply wasn’t necessary—the display was professional and there was never any conflict.

At the first sign of incompetence, i.e. the failure to turn on the boost, at the very least I should have raised my mental state and probably landed immediately. Of course, the problem was that I didn’t at any stage actually realise that I was incompetent!

The lesson here seems to be that fatigue, dehydration and heat degrade the thought processes to an alarming degree. Two experienced pilots, in an aircraft they were well familiar with, failed to work out that a Lycoming engine in level flight cannot exceed the redline by nearly 20 per cent unless someone has swapped the propeller. All airmanship except the physical skills simply disappeared.

As a result, now I have a new item in capital letters, in red, underlined at the end of each of the sub-lists of my check lists. It simply reads: ‘Pilot?’ 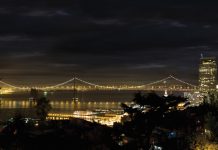 Son of a pitch-up