Pressure drove this pilot towards an error, discipline allowed for a recovery

Recently I set out to conduct a local flight in my 1962 Piper Colt just after it had completed its annual inspection.

I was aware that, paradoxically, this is a slightly riskier moment to fly as there is always a chance that a part might not have been replaced properly or the aeroplane has been returned with some sort of unexpected change. Therefore, I was conscious of the need to be a little more attentive while conducting my normal checks.

Despite this, I allowed myself to respond to a feeling of pressure to complete my pre-take-off sequence, as another aircraft was waiting to use the run-up bay. This first mistake of allowing myself to be rushed led to a second mistake which was linked to (but not caused by) the positioning of the elevator trim arrangement in the Colt.

In this class of aircraft, the trim lever is situated above the pilot’s head. Checking that trim is set to neutral is achieved by looking upwards and ensuring that a fixed red dot in the centre of the trim indicator is covered by a moveable red dot, which can travel about 2 centimetres in either direction depending on whether nose-up or nose-down trim has been selected.

I simply failed to see the dot in this highly unusual position.

As part of my pre-take-off checks, I glanced up, gave the lever a ‘quick twist’ back and forward to ensure the trim was working and then ‘confirmed’ the appearance of a single red dot. What I failed to notice was that, far from covering the fixed dot, the second red dot was at the forward end of travel of the trim indicator. Because there is no reason why the trim should ever be that far forward, I saw what I expected to see. I simply failed to see the dot in this highly unusual position.

During the take-off run something felt wrong. Between 50 and 60 knots, the Colt normally responds to gentle back pressure and more or less flies itself off the ground. After this, gentle forward pressure is required before trimming for a climb out at 65 knots.

On this occasion, although I was at 60 knots, the back pressure I was applying felt unusually heavy and the aeroplane remained reluctant to leave the ground. I made a snap decision to abandon the take-off and managed to come to a stop before running out of runway. The decision may have saved my life as I am not sure how I would have managed the aeroplane set on full-forward trim.

In retrospect, I can see there were very few possible causes for the strange feeling during the take-off. But I taxied back without craning my neck upwards to again check the trim lever. I had, after all, ‘seen’ the single red dot.

Rather than consider the most obvious explanation, I began to wonder if the aeroplane had somehow been improperly rigged during the annual inspection. I shut down outside the maintenance facility and spoke to the LAME who had signed off on the inspection. It took him less than a minute to diagnose the problem.

I was both relieved and embarrassed. Clearly during the maintenance check, one of the LAMEs had checked that the trim was working to the full length of its travel and had left it in the full forward position. Perhaps not the smartest thing to do but the real problem lay with the pilot.

I am in my seventies. I began flying when I was 17. Like many private pilots, who juggle children, mortgages and career advancements, there have been periods when my flying has been intermittent. In no way would I regard myself as a highly experienced pilot.

Since acquiring my Piper Colt about 5 years ago, I have tried to make a habit of asking myself what I have learnt after each flight. In practical terms, I have made a habit of sitting in the aeroplane for 2 or 3 minutes after shutting down.

Rarely do I find there is ‘nothing to report’. Sometimes, I have failed to nail the exact height on the downwind leg in the circuit. Easy to blame a bit of turbulence but in truth it’s just as likely to be sloppiness.

Once or twice, I have neglected to push the carby heat back to cold during and touch and go and wondered during the initial climb why the performance wasn’t quite what I was expecting (the Colt is no great performer at the best of times). Or having set the DG during the initial checks immediately after startup, I have failed to reset it during the run-up checks and wondered why my initial DG heading was not corresponding with progress along the OzRunways’ magenta line.

On several occasions before a local flight, I have switched on and set the radios but have forgotten about the transponder. This list, I’m afraid, is not exhaustive.

You can rush the process if you feel under pressure. This can lead to seeing what you expect to see, even when you tick off a particular check. Mostly, the outcome is benign. Occasionally, the consequences of a ‘simple’ mistake are potentially serious. 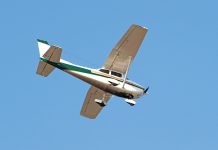 Back in the air: what goes around