Home Feature How old is too old?

Kreisha Ballantyne looks at the factors facing older pilots when learning to fly.

As the population of the developed world experiences longer life expectancy, the pilot population grows older. And, as some light aircraft become increasingly affordable, more people in the upper age group are taking up general, recreational and sport aviation.

Older student pilots often begin their training when they have retired or are semiretired and have the time and financial resources to learn to fly. These student pilots are not interested in making a career of flying—they are learning to fly for fun and recreation.

Recreational Aviation Australia (RAAus) has nearly 10,000 members and 3000 light aircraft on its register. The majority (73 per cent) of recreational pilots and student pilots in the organisation are aged 40–90 years. The CASA 2018–2019 annual report says there were 9019 holders of a private pilot licence and 3206 recreational pilot licences.

Unlike pilots in commercial aviation, recreational aviation has no upper age limiting when pilots may fly or learn to fly. Some recreational flyers begin their training in their late 70s or even 80s.

Every instructor I spoke to for this article was at pains to highlight the joys and benefits of teaching older students.

‘The biggest difference I’ve found between teaching older persons and young ones is this: young pilots want to do things, while older pilots want to understand them,’ Executive Director at the ABS Air Safety Foundation, Thomas P Turner, says.

‘When I teach, I not only present techniques and manoeuvres, I try to put them in context and guide the student to knowing not only how to perform them, but why it’s important. I use both repetitive skills practice and scenarios to attain this goal.

‘Now, the difference in visual, academic and tactile learners knows no age—someone who learns best by doing will be that way their entire life. However, I’ve found that in general older pilots seem to appreciate this expanded learning and crave more, while younger pilots more often than not simply want to learn what they need to know to pass the next check ride. They consider going beyond the standards a waste of time and their training money.

‘As an instructor, I generally have to work harder with the younger pilots while avoiding the appearance that I’m charging for time and demanding knowledge they don’t need.

‘I fully understand that the difference may be less a matter of age and more one of motivation—most younger pilots are trying to fast-track to a career, while most older light aircraft pilots are flying as an expression of their passion. However, the biggest difference I see between younger and older pilots as trainees is the effort necessary to teach the capability and awareness that come from understanding why.’

Chief flying instructor and owner of FlyOz in Cowra, Lyn Gray, echoes this. ‘I find older students much more rewarding to teach,’ she says.

‘Their life experience means they know themselves, their strengths and limitations so much better. They tend to study harder, even if it is a little more slowly, and they have a deeper interest in flying, rather than merely ticking the next box to pass a subject.

‘I find older students have a better sense of humour, more self-awareness and definitely more time. The only group of older students that are a little harder to teach are the high-functioning professionals, who tend to be incredibly hard on themselves if they don’t grasp concepts quickly.’

While there is no specific guidance material for recreational flying instructors that informs them how to meet the learning needs of older student pilots, experienced instructors identify a number of behavioural markers in their older students’ knowledge and performance.

Recreational Aviation Australia (RA-Aus) instructor Joe Newham, formerly the president of Sydney Recreational Fliers at The Oaks, operates a training facility at Rylstone in NSW with a Foxbat and Vixxen.

‘I work with students one-on-one at their own level, understanding that learning is an individual path, regardless of age,’ he says. ‘Teaching interpersonal skills, which have been so overlooked in training in the past, has now become equal to technical knowledge when it comes to training. RA-Aus has worked hard over the last few years to really improve its training. It’s constantly evolving and the instructor training materials have really come on, helping us to understand the needs of our students on a more personal level.’

Bunbury-based instructor Will Owen agrees. ‘Retired students, in particular, often have less on their minds and find it easier to listen and concentrate,’ he says. ‘I always make sure, with an older student, that they are not rushed and ensure they have a clear head before they start. The only issue I’ve ever encountered with an older student is multifocal lenses in glasses, which tend confuse during round-out because they start seeing through a different lens, which is something we can usually work through by changing specs!’

A study into the effects of ageing on pilot capabilities

Recreational pilot Dr Carol Richards teamed up with clinical psychologist Dr Matt Thomas to conduct a study, Identifying the Learning Needs of Older Recreational Aviation Student Pilots (2013), in affiliation with the School of Psychology at Charles Sturt University in Bathurst.

What the study examined

The study aimed to identify the special learning needs of older student pilots from the reflections and responses of experienced recreational flight instructors. Participants were 32 RA-Aus senior and chief flying instructors.

The study states: Learning to fly is demanding cognitively, physically and emotionally. Recreational pilots must learn to navigate and fly the aircraft, while constantly monitoring weather, terrain, traffic, engine parameters, and radio calls. Does the age of the pilot necessitate special training considerations as opposed to the younger students? How do members of the aging population of ab initio pilots manage the cognitive, physical and emotional load when learning to fly?

The sample consisted of largely male instructors (94 per cent) with the mean age of respondents being 57 years. The oldest instructor was 78 and the youngest was 35. The number of years participants had been instructing recreational aviation students ranged from one to 28 years, with a mean of 12 years.

All participants were qualified RA-Aus flying instructors and 27 were chief flying instructors (84 per cent). Additionally, three held an airline transport pilots license and another 15 (47 per cent) held commercial pilots licences. Aeronautical experience ranged from 200 to 20,816 hours, with the mean being 6842 hours. The results of the Australian study included a model for considering factors when training older pilots.

What the study discovered

Three categories of themes became evident in the analysis:

1. The effects of cognitive aging on learning and performance

Flight instructors in this study named behavioural markers in older pilot learning that mirrored the research of Verhaeghen (2014) and Hardy and Parasurarman (1997) and other studies. The results of these studies show age affecting the speed of mental processing, which then has a cascade effect on short-term, working and episodic memory, as well as reasoning and spatial ability. Instructor data commonly highlighted the amount of time older students took to learn their knowledge and master their skills.

Seven instructors confirmed that older pilots do take longer to learn to fly. One said, ‘We have an age factor where the older students are the ones that don’t grasp it as quickly. Turning, balancing the airplane, all of those things seem to take longer with the mature-aged persons.’

Another instructor said, ‘The older the student is, the more challenging they find it. They just think slower.’

The flight instructors in the study highlighted the limitations of the older students’ short-term and working memories that they had observed, especially in certain circumstances such as learning to fly circuits. Under circuit conditions, instructors reported that older students experienced difficulty keeping track of the information needed.

Flying requires timely and correct physical inputs as well as cognitive decisions. Instructors identified some issues with the reflexes of older pilots that hampered their progress in learning to fly. The participants noted that not only are the reflexes of older pilots slower, they were also slower to realise when they need to make control inputs.

Three instructors claimed older students’ reflexes are slower than younger students. One of them said, ‘People come to us in their 60s and they are starting to fly. I think it’s an issue with motor skills. Obviously with motor skills, you have to coordinate very quickly, so age is a big issue with recreational pilots.’

3. Psychological issues of anxiety and stress

The third theme instructors identified dealt with psychological issues such as fear, anxiety, stress, confidence and personality characteristics. According to instructors, these issues also interfered with the older students’ flight learning.

‘I think we get more nervous the older we get, with mortality staring us in the face,’ one instructor claimed. ‘[The older ones] have a greater fear response than younger people. We have to make sure we come to a spot where we overcome that first.’

Another said, ‘The lack of action sometimes can be caused by fear, especially if you are trying to get someone to flare at the right height … the ground is coming up at you and they are going to want to flare high and you can spend weeks and weeks to get past those points.’

Confidence can be an issue for older students. ‘Most of them [over 50s] will ask, “Am I too old to do this?” Initially, they think that because of their age, they are not going to make the grade,’ one instructor said in the study. Another said, ‘The older the person, the more worried they are about the theory.’

The study concluded that cognitive decline, including slow processing of information, overloaded short-term and working memory, confusion, slow reflexes and lack of confidence are a few of the characteristics of older ab initio pilots which have to be considered in flight training to ensure success.

Future research could lead to the development of strategies for instructors to meet the learning needs of older ab initio pilots.

What to be aware of as an older student pilot: 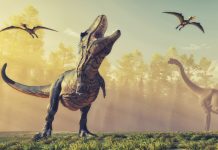 The Unreachables are they unteachable?