Eighty years ago today—August 13, 1940—an air crash in Canberra around 11 am decapitated Australia’s wartime government.

On board the Royal Australian Air Force (RAAF) Lockheed Hudson were 10 people—three cabinet ministers, the Chief of the General Staff and his liaison officer, the private secretary to the Minister for Air and four RAAF crew.

There was a war on at the time and Australia was in its first winter of what would surely be a long, grim but distant struggle.

The aircraft took off from Essendon, Melbourne, at 9.30 that morning. In Canberra it was a cool clear day with a 15-knot wind from the north-west. Shortly before 11 am the Hudson arrived and flew a left-hand circuit, passing over Queanbeyan on base leg and over a low rugged ridge on final as it approached the airfield from the east. For no clear reason, it went around for another circuit.

The Hudson crashed into the top of the ridge between Canberra Airport and Queanbeyan. The Air Court of Inquiry into the accident found that it was most likely the Hudson had stalled on landing approach, resulting in loss of control at a height too low to recover.

Only a flight data recorder and a cockpit voice recorder, both science fiction technology in 1940, could tell us precisely what happened above that low hill on the outskirts of Canberra. But modern analysis can suggest why it might have happened.

You can read the full story published in Flight Safety Australia, as today we remember and pay respect to the victims of the disaster. 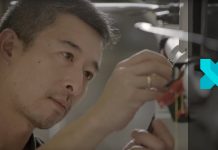 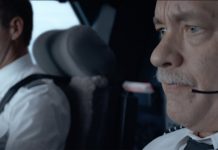