Go-arounds should be a routine exercise for pilots, but getting them right needs practice

When do you fly a go-around? If you’re like most pilots your answer may be, ‘when the instructor or examiner tells me to’.

We learn how to go around while preparing for a pilot examination and may practice them on flight reviews. Almost universally we perform a go-around on command – when an instructor or examiner tells us to. Outside of training and evaluation, unless it’s something obvious – an animal on the runway or an aircraft taxiing past the hold line – if we go around at all, we tend to do so only when it’s almost too late.

Yet failing to go around or delaying a go-around decision until the safe completion of the manoeuvre is in doubt, is a common contributor to hard landings, runway excursions and overruns. How can we quantify the advisability of a go-around?

There’s an option that’s still included in some glass cockpit avionics – depiction of the desired flight path as a series of rectangles or ‘windows’ projected ahead of the aircraft on a primary flight display. This so-called ‘Highway in the sky’ (HITS) system seeks to simplify flight path management by giving the pilot an easy target for even complex manoeuvres – simply keep the aircraft inside the boxes like a video game.

With synthetic vision, this turns instrument flight into an electronic ‘visual’ process. The HITS windows are fairly wide in cruise, but they grow progressively narrower as an aircraft descends funnel-like toward a runway. HITS was all the rage around the turn of the century but the concept never really took off. Whether you have such a system in your aeroplane or, like almost all of us, you do not, the idea of narrowing tolerances that lead to a good landing – being what is sometimes called ‘in the slot’ on final approach – is still useful.

This in turn suggests a set of objective and measurable criteria not only in the landing flare, but also to predict the quality of your upcoming landing as you come down final approach. You are looking both for your aircraft’s current state, that is, how close it is to performance targets (which we’ll review in a moment), but also gauging the aeroplane’s trend, that is, whether it will continue to stay on performance targets as you get closer to the ground or will diverge.

For example, you may be precisely on a visual glidepath when you glance at the red-and-white PAPI lights. Your state is good. But, if the aircraft is too slow you’ll descend more steeply than the glidepath calls for. Your trend is to descend steeply and land short.

Evaluating your aircraft’s state and trend means that if you are not meeting the landing success criteria, you can make corrections before getting too close to the runway. If the need for correction is too great or you’re too close to the ground to correct in time, you can detect this and begin your go-around sooner.

Going around is as natural a part of flying as landing itself.

What criteria should you be looking for on final approach? Beginning at about 500 feet above aerodrome elevation – about the height at which you turn onto finals in a visual circuit and often about where you’ll make your final landing flap selection – purposefully check whether you are meeting all of these landing criteria. The aeroplane should be:

This criterion may be the ultimate use of state and trend on final approach. You’re evaluating whether you are in a position where a constant angle descent will take you directly to your aim point, and that your airspeed and configuration are such that you will continue to descend at that angle until you begin your flare.

Instead of subjectively gauging your landing approach or delaying a go-around decision until you’re in the flare – or later – think in terms of your state and trend using these objective landing criteria. Ask yourself if you are on speed, in configuration, on glidepath and in alignment beginning at about 500 feet above touchdown and continuing all the way to your flare. If in addition to confirming that the landing surface is clear and, at a tower-controlled aerodrome, that you are cleared to land, if you do not meet one or more of these landing criteria and cannot establish a trend to meet them before beginning your flare, make your go-around decision then. Don’t wait until you find yourself close to the ground too fast, too slow, out of configuration or drifting out of runway alignment.

Despite your best efforts you may begin your flare from a good final approach state and trend, only to have something begin to go wrong. A gust of wind may cause drift. You may misjudge your flare and begin to sink, or balloon upward with a loss of airspeed, bounce or otherwise find you will not touch down smoothly in your intended touchdown zone. You may see an obstacle on the runway or another aircraft may pass the hold line. You should initiate a go-around if you’re not down before you pass your intended touchdown zone regardless of cause – how many times have you heard of an aeroplane floating half the runway length or more, then running off the end of the runway or stalling in a panicked pull-up? Margins are slim because you’re very slow and close to the ground. But a smooth transition from flare to initial climb power and speed is still very safe if you are practised.

A related issue: Applying full power requires a corresponding application of rudder. Improper rudder input may lead to loss of directional control, often a rolling, skidding turn to the left because of increasing left-turning tendencies that may result in banking or turning into obstacles or the ground. The first moments of even a well-executed go-around happen at a high angle of attack; uncoordinated flight is a common component to stalls. According to the US Aircraft Owners and Pilots Association, about 20 per cent of all stalls in the circuit that result in a reported accident happen in the initial stages of a go-around. Hesitance to add power, the trim change and the changing rudder requirement of a go-around are undoubtedly major factors in this record.

It’s not enough to pass the test and fly a go-around only every couple of years.

It’s not enough to pass the test and fly a go-around only every couple of years when tasked by an instructor. Consciously ask yourself if you’re in the slot, judging your aeroplane’s state and trend all the way down final. By quantifying your performance, you can make the go-around decision before you are at the highest risk of loss of control.

Going around is as natural a part of flying as landing itself – or it will be, if you evaluate landing criteria every time and occasionally practice the go-around task. 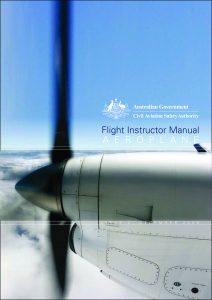 The flight instructor manual is available at: casa.gov.au