After an engine is destroyed during a night take-off, a corporate jet struggles to stay airborne

We started the take-off roll at approximately 9.15 at night in August, some years ago. The owners of the Citation II were keen skiers and this was one of about 10 trips from Cooma we had completed that season. As far as I was concerned, it was going to be just another night at the office.

V1 was called, then ‘rotate’ and finally V2. At that point I noticed 2 ducks in the glare of the landing lights walking across the runway. They must have seen me at the same time because they quickly took off.

Unfortunately, we were now on a collision course. There was no time to react and one of the unfortunate birds hit the leading edge of the left wing. By pure bad luck, the carcass entered the air intake of the engine. The Pratt & Whitney JT15D is not a large engine and the circumference of the air intake is about duck size. In a fraction of a second, the fan became unbalanced by the impact of the bird.

Spinning at close to 16,000 rpm, the out-of­-balance fan ripped itself clean off the main shaft

Spinning at close to 16,000 rpm, the out-of­-balance fan ripped itself clean off the main shaft, came forward through the air intake, hit the fuselage and ended up on the runway.

At the same time, the rest of the engine was in a chain reaction destruct mode. As various blades detached themselves, the ingestion became worse. The main bearings collapsed and allowed engine oil into the hot sections. This caused smoke, some of which entered the cabin and cockpit via the pressurisation system.

This chain of events occurred in the blink of an eye and the associated noise was tremendous. There was a loud explosion, followed by a strong whirring sound as the spinning shafts wound down. Fortunately, the cleverly designed Pratt & Whitney engine ‘knew’ there was a problem and automatically shut off the fuel.

It is hard to describe what goes through your mind in such a situation. There is a loud noise, smoke, a lack of performance, a strong yawing tendency and the annunciator panel lit up like a Christmas tree. I was grateful that I saw the duck in the glare of the landing lights as this answered a lot of questions.

‘Which one is it?’ I asked the first officer, inquiring about the engine failure. It soon became obvious. The entire left engine instrument ‘tapes’ had disappeared! I then proceeded to perform the prescribed phase one checks.

Having done V1 cuts in the past, I was expecting some yaw but, in this case, it was quite severe. I think I can explain this by the fact that in V1 cut training, we don’t actually shut down the engine and so some residual thrust is being developed by the ‘dead’ engine. In addition, the failure was so destructive the left engine was effectively blanked off, creating extra drag.

The next few minutes were spent trying to climb up to the lowest safe altitude without hitting a hill. (Not as easy as it sounds when it’s dark and you’re flying in and out of cloud.) In hindsight, I should have thought out an escape route for Cooma as we go there so often.

My first officer was fantastic. She had the radio in hand very quickly and was putting out a PAN call. She said we could return to Cooma as she had the airfield in sight, albeit occasionally. I decided to continue to Canberra for several reasons:

The aircraft was now climbing at about 500ft/min and we set the navaids up for Canberra. The first officer contacted Centre again and organised a clearance at 10,000 feet. With the phase 2 checks complete and the ‘dead engine’ secured, we explained to the passengers what had just happened and where we were going. Deathly silence. No screams, tears or praying – just silence.

Concerned that another bird may have hit a wheel and damaged it, we contacted Canberra ATC to inform them we didn’t know the state of the undercarriage and, as a precaution, requested the fire tenders be in attendance.

We conducted our single-engine approach checklist and were cleared for the ILS. The professional aerodrome controller inquired if I had ‘3 greens’ and I was thankfully able to reply that we did.

We made a normal landing, pulled off on the first available taxiway and shut down immediately. The fire fighters were there as soon as we opened the door, but thankfully, there was no sign of fire. With the trauma of the past few minutes passed, the passengers let loose. Most cried and 3 promptly threw up. This was surprising given the quiet of the cabin during the flight.

The moral of the story is in several parts. First, I will now assume that every flight I conduct will have a major problem, so I had better be prepared. Second, if you have the opportunity to conduct emergencies in a simulator, please take it. If not, all you can do is sit in a comfortable chair at home and memorise checklists, but this has little in common with the explosiveness of the real thing. 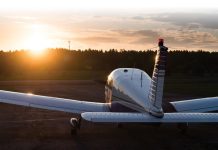 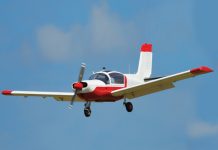 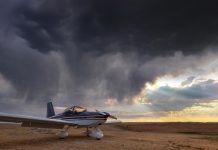