The pilots of an airliner that took off from Brisbane Airport were confronted by a complete lack of airspeed information after covers were left in place on all three pitot tubes.

The Malaysia Airlines Airbus A330 returned to Brisbane safely after the crew climbed the aircraft and activated a software-based airspeed display known as the backup speed scale (BUSS).

The Australian Transport Safety Bureau’s (ATSB) report in to the July 2018 incident, issued today, found a series of inspections had failed to detect the pitot covers before the late-night departure. Operators using Brisbane Airport had made a standard practice of covering the pitot tubes, which are used to measure airspeed, because of the presence of mud wasps at the airport.

These insects build nests and store their prey in pitot tubes and have been implicated in two incidents of unreliable airspeed indications in aircraft taking off from Brisbane. Consequently, Brisbane is one of only a few airports worldwide where pitot tube covers are recommended even for short aircraft turnarounds.

The ATSB found the covers had gone undetected despite four walk-around inspections of the aircraft being required between them being fitted and the aircraft taking off. Two of these inspections were not done.

During take-off, the aircraft’s primary instrument displays showed red speed flags in place of airspeed indications from early in the take‑off roll but the flight crew did not respond in time for the take-off to be safely aborted.

They climbed the aircraft to 11,000 feet and began troubleshooting the problem. As part of this they shut down the aircraft’s air data systems, which activated the BUSS, a software-based system which derives a safe airspeed range (represented on the display by a green band in place of a speed figure) from angle-of-attack and engine-thrust data. The BUSS is an option on the Airbus A330.

‘Had all the relevant pre-flight inspections been completed, and conducted thoroughly, it is very likely that the pitot probe covers would have been seen and removed. It’s important to treat every safety-related task or inspection as though it could be the last barrier to protect against an accident.’

Mr Mitchell said the responses from organisations including Malaysia Airlines, Airbus and ground handling providers at Brisbane Airport had been encouraging. For example, Malaysia Airlines now requires a placard on the flight deck to alert when pitot probe covers are in place, and has introduced improvements to its change and risk management processes. 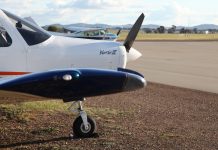 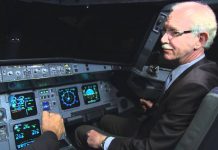