The misunderstanding that led to a terrible accident also highlighted the need for proficiency in aviation English. Progress has been made but experts warn the task is far from finished.

It was, and remains, the world’s deadliest mid-air collision, and the third deadliest aviation accident.

Just over 25 years ago, on 12 November 1996, Saudi Arabian Airlines (then Saudia) Flight 763 (SV-763), a B747-100, and Kazakhstan Airlines Flight 1907 (KZ-1907), an Ilyushin-76, collided over the Indian village of Charkhi Dadri, about 50 nm from Indira Gandhi International Airport, Delhi. All 349 onboard the 2 aircraft were killed, with victims suffering what the official inquiry report described in considered language as ‘multiple fractures and injuries suggestive of crash forces which were beyond survivable limits’.

Debris weighing 500 tonnes rained over the cotton and mustard fields below, spread over an area more than 7 kilometres long and 5 kilometres wide. At the time, a USAF C-141 cargo aircraft was flying from Islamabad to Delhi and had begun descent into Delhi terminal area. The pilot, Captain Timothy J Place, the sole eyewitness, told Delhi Approach, ‘We saw something to our right, looks like a big fireball in the cloud … I saw fire debris … 2 distinct fires on the ground’.

Saudi Arabian Airlines Flight 763 was on its regular tri-weekly schedule, the first leg of a service between Delhi and Jeddah, carrying Indian nationals to work in the Gulf, while Flight 1907 was a non-scheduled charter flight from Chimkent in the former Soviet republic of Kazakhstan, to Delhi.

Both aircraft were flown by experienced pilots, each with over 9,000 hours, including almost 1500 on type for the Kazakh captain, Alexander Cherepanov. However, Cherepanov’s English was uneven and the radio operator Egor Repp was translating for the pilots. VK Dutta, an experienced air traffic controller, was controlling both flights.

KZ-1907’s recorder documents their tragic final few seconds. Eighteen seconds before collision, continuing to descend, Cherepanov asks, ‘What level we were given?’. The flight engineer says, ‘Maintain’. Did they believe they were cleared to 14,000 feet? Repp, trying to restore the situation, says, ‘Keep the 150th [15,000 feet], don’t descend!’ At 11 seconds before impact, Cherepanov, possibly attempting to climb to FL150, asks the engineer to accelerate. Seven seconds later, Repp says, ‘Get to 150 [15,000] because on the 140th [14,000] uh that one uh!’

The official report of the Court of Inquiry, released in July 1997, was unequivocal in finding the cause of the disaster to be pilot error. ‘The root … cause of the collision was the unauthorised descending by the Kazak aircraft to FL-140 and failure to maintain the assigned FL-150.’

However, despite this unhelpful finding, the report did highlight numerous other contributing factors in its findings and recommendations. These included Delhi ATC’s obsolete primary radar which, unlike secondary surveillance radar, could not read transponder information on aircraft to identity altitude – SV-763 was transponder-equipped – merely distance and bearing. The airport also operated a single corridor for arrivals and departures, due to restrictions on civilian airspace created by the Indian Air Force.

After ‘pilot error’, the major finding was, ‘The entire Kazakh crew except [the] radio operator took the wrong meaning of “Traffic is at eight miles, level one four zero” as the clearance for them to descend to FL-140. Such action can be attributed to their lack of proficiency in the English language.

‘None of the crew understood the traffic situation in the vicinity. This was borne out by their failure to link up… the preceding transmission to Saudia 763 asking the pilot to maintain  FL-140. Besides inattention, their lack of proficiency in English language is clearly borne out.’

Following the accident, The Indian Express quoted aviation officials as saying there had been 10 recent near misses in India’s skies, most involving airlines from former Soviet republics. Many of the problems were blamed on the pilots’ poor understanding of English, the newspaper said.

Besides inattention, their lack of proficiency in English language is clearly borne out.

In September–October 1998, almost 2 years after the devastating mid-air collision, India joined more than 190 member nations of the International Civil Aviation Organization (ICAO) at the organisation’s 32nd assembly in Montreal. India’s proposal to include language proficiency requirements as part of licensing was accepted and led to the formation of a working group to further study the issue.

Captain Enrique Valdes, a former airline captain and member of the language proficiency group, said on 52, the Indian news podcast, on 9 October 2020: ‘It was India that took the initiative to bring it to the ICAO Assembly. India was the one that put it on the floor and was able to get the resolution to pass.’

Almost a quarter of a century later, are the proficiency requirements working?

Neil Bullock, an aviation English specialist and aviation English test developer, has been teaching and testing pilots and controllers and working with civil aviation authorities (CAAs) and air navigation service providers (ANSPs) worldwide since 2006. He says that since the implementation of ICAO’s requirements, with the mandating of level 4 proficiency for international crews and controllers, ‘There is certainly a greater awareness of the language and communication needs of this cohort working at international level’.

Recently he accompanied some inspectors on a random check of aircraft at an international airport. ‘I was able to talk to crews informally – multilingual, multinational crews of aircraft from bizjets to international airlines – and they mostly had a pretty good level of English which generally matched the language proficiency level given in their licence,’ he said.

Jennifer Roberts is a program coordinator in Embry-Riddle Aeronautical University’s Department of Aviation English, a co-author of the 2019 Bloomsbury publication, English in Global Aviation and has a Master in Applied Linguistics. Like Bullock, she says the proficiency requirements mean ‘more pilots and controllers are learning aviation English than ever before’ and there is a broader understanding of the role language and communication play in aviation safety.

‘[Mandating of the requirements] has created a demand from airlines, ANSPs and CAAs and the opportunity for people like me to apply our linguistics training to real-world issues,’ she says.

However, they agree there is still a lot of work to be done. Bullock argues that under the current framework, there is not enough focus on the operational context. ‘The rating scales and descriptors are not based enough on real-life communication,’ he says. ‘They are based on a rather traditional view of general plain language. The operational language has to be a bolt-on which many practitioners find challenging. So do the [requirements] really address aviation’s communicative needs?’

He would also like to see aviation communication ‘integrate wider-scale communicative competencies, such as intercultural skills, standard operating procedures and situational demands’.

Aviation English could possibly be built into human factors. ‘That may give it a more acceptable face,’ Bullock says. ‘I do wonder, though, whether communication, or at least language proficiency, is still seen as an isolated add-on and not a core competency of human factors.

There are no native speakers of aviation English.

‘While we can’t change the standards and recommended practices overnight, it would be good to think about how best to upgrade the system to create a greater awareness, bringing together researchers, practitioners, linguists, operational people and creating linkages to crew resource management and human factors. The whole system is interdependent.’

Roberts says the current aviation English practices are at odds with the philosophy of an industry whose mantra is ‘safety through standardisation’, with its system of standard operating procedures, ICAO standards and recommended practices.

‘The aviation industry needs access to quality curriculums, teachers, tests and raters to meet level 4 proficiency, but none of this is regulated,’ she says. ‘Across the world, aviation English is handled very differently. Until we have that standardisation, the [requirements] won’t achieve what they were intended to do.’

Researchers are working in critical areas of aviation maintenance communication, for example, on potentially safety sensitive areas such as shift handover and documentation, but their effectiveness is hampered by the lack of regulation regarding language proficiency requirements for that sector.

The International Civil Aviation English Association was established in 1991 to ‘promote the development and understanding of the use and effective application of English in aviation’. Bullock and Roberts are members of the association’s board, which is working to address those deficiencies, by developing language proficiency test design guidelines, among other projects.

Like Bullock, Roberts also says the focus needs to broaden, to consider issues such as the intercultural dynamics of aviation communication and the unique nature of aviation English. With the increasing globalisation of international aviation (seen pre-COVID-19 especially) comes a much more heterogenous mix of flight and cabin crew.

‘You may have a captain from China, a first officer from Brazil, cabin crew from the UAE, all with different cultural perspectives regarding power distance, individualism versus collectivism,’ she says. 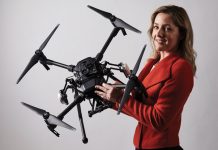 Different but the same