Heavier-than-air aviation has existed for just over a century, in which time it has gone from being a daredevil pursuit to one of the safest forms of transport.

This impressive safety record depends on myriad factors, devised over decades, and continually evolving. Flight Safety Australia celebrates its 100th issue in September-October 2014. To mark the occasion we have come up with a list of 100 foundations of aviation safety. It is an eclectic collection of technologies, standards, practices and concepts, but we would be the first to admit that it merely scratches the surface of what makes flying safer than its pioneers would ever have thought possible.

Each week in the lead-up to the release of the 100th issue on 7 September, we’ll post ten foundations. We would love to have your feedback, and ultimately, when we’ve posted the 100, your suggestions for the top 10, or indeed, some you feel have been missed.

We hope you find this list as interesting and thought provoking to read as we did to compile. The way the components interact and intersect to form both a system and a culture is fascinating to examine. Just remember that it is not a countdown, because the foundations are in no particular order.

Finally, no doubt to the surprise of some of you, there is no mention of what many see as the ultimate foundation of aviation safety: airmanship. The reason why is that we couldn’t define it. There are almost more definitions of airmanship than there are licensed pilots. Two of the more elegant are a paraphrase of W.B. Yeats’ ‘to balance all, bring all to mind’ and Macarthur Job’s ‘being aware of the realities of flight’.

Airmanship, although admirable, only covers some of the people who make aviation safe. Its equal is professionalism, which covers a thorough engineer, an idealistic inventor, an unflappable cabin service director, or even a fair-minded but determined safety inspector. These are higher-level qualities and people who displayed them developed many of the specific innovations that have built aviation safety.

When the Aero Club de France issued the first pilot licence to Louis Bleriot he, like the other seven recipients, was not required to pass a test. Serious pilot training began with World War I, to produce military pilots. In 1916, Royal Flying Corps instructor Robert Smith-Barry introduced the ‘Gosport system’, a mix of practical instruction and classroom learning, with a standardised curriculum that remains basically unchanged to this day.

London’s long-closed Croydon Airport was the first to start ordering aeroplanes around, in 1921. In 1930, Cleveland, in the USA, was using radio for traffic control.

ATC came to Australia in 1937, when the Civil Aviation Branch appointed aerodrome control officers at Archerfield, Mascot, Parafield and Essendon. Radio was introduced to Australian ATC in 1944.

Airport firefighting is a specialised service. It requires vehicles that can quickly reach a crash site, perhaps crossing rough ground to do so. These vehicles also have to carry enough firefighting material to put the fire out and need to be able to spray the seat of the fire from a safe distance. Australia has had a specialised airport firefighting service since 1955, following a crash in Singapore where conventional equipment was ineffective and 33 people died.

These acronyms stand for extended diversion time operations and extended range twin-engine operations. They are rules governing how far from the nearest suitable airport a twin-engine aircraft is allowed to fly. As engines became more reliable so ETOPS limits were extended. While in the 1990s the Boeing 777 was certified to ETOPS 180 (180 minutes flying time from the nearest suitable airport), the Boeing 787 has received ETOPS 330 certification and it is planned that the Airbus A350 XWB will be certified for ETOPS 350. ETOPS certification comes with a range of conditions, including that the two engines should never undergo significant maintenance at the same time. This way a maintenance-related failure will not cripple both engines.

Full authority digital engine control is a technology used on turbine and (recently) some piston engines. Instead of a throttle connected to a cable, a computer interprets the pilot’s commands for power and delivers it, while also taking engine wear and temperature into account. FADEC enables engines to be more reliable and efficient and also serves as a basis for engine condition reporting.

In 1990, British psychologist James Reason (with Dante Orlandella) developed a model or, more accurately, an analogy for how accidents happen. Swiss cheese, with its holes of varying sizes is a vivid way of describing how the many factors Reason sees as precursors to an accident interact. In Reason’s model the slices of cheese are levels of system defence, each weakened, from time to time, by holes, which may or may not be recognised. Critically, these holes have to line up for an accident to happen. The Swiss cheese model leads accident prevention from a discussion of individual measures to one about safety management.

Early aircraft, as author Len Deighton said, were an almost perfect combination of ingredients for a bonfire: petrol, wood, and doped cloth, fanned by a strong wind. Aircraft fire is still to be feared but modern aircraft must meet standards for fire resistance and limited production of toxic smoke. Jumping out, as burning World War I pilots did, is no longer an option.

Helicopter underwater escape training. For some helicopter trips you need training just to be a passenger. Being dunked blindfolded and upside down into a swimming pool in order to find your way out of a simulated helicopter cabin is not a particularly pleasant experience. But it pays off. A review of over 400 people involved in helicopter crashes into water showed a mortality rate of eight per cent in those who had received HUET, as opposed to 20 per cent in those who had not.

The International Civil Aviation Organization, based in Montreal, is the body that coordinates the world’s civil aviation. Thanks to ICAO, aircraft types and pilot licences are recognised internationally and airports can be identified by four-letter codes. ICAO also acts as standard setter in the world of aviation.

Safety depends on much more than learning from accidents. It also requires near- misses (or near-hits?) and errors to be remedied. But to do this they have to be reported. This requires an environment in which people feel confident they will not be punished for honest mistakes. The obvious problem is the difference between honest mistakes and negligence—too complex a topic to explore here. Reporting culture in aviation is imperfect, but is always embraced as an ideal. The contrast with other areas such as medicine is marked. 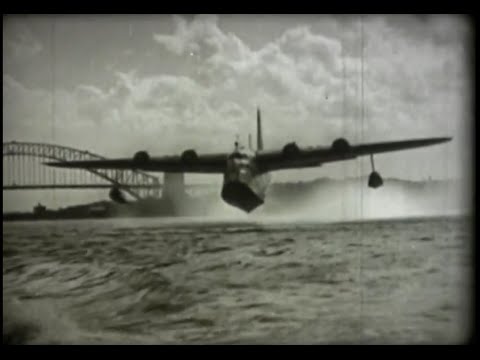