From Mark Skidmore AM / CEO and Director of Aviation Safety

During my first year as CASA’s Chief Executive Officer and Director of Aviation Safety I have enjoyed travelling around this great country and talking to members of our dispersed and very diverse aviation community. A common theme which often emerges from these discussions is how highly you regard Flight Safety Australia magazine as a source of credible, informative and comprehensive aviation safety information.

We are therefore pleased to bring you this special edition of the magazine, featuring all the features and general articles which have appeared in the magazine’s digital editions during 2015. This best of Flight Safety Australia is a collectors’ edition, one which we trust will find a place in your club, flying training school or hangar and continue to entertain and inform you over the coming year.

Get your copy from the CASA Online Store

Our feature articles this year cover some very diverse topics as part of a conscious effort to consider safety from a different perspective and to identify some of the new challenges facing aviation safety.

There have been a number of resource industry rotary accidents in Europe and the UK in recent years with a major report released by the UK CAA and others in February 2014. Flight Safety Australia therefore began the year with a feature looking at the implications of this report for Australian offshore helicopter operations: ‘In great waters’.

Disruptive technology such as 3D printing (or additive manufacturing as it is also known) promises to create new challenges for aviation safety. The March-April feature ‘Leaping off the page’ looks at the double-edged sword 3D printing represents for aviation—a golden age of design and engineering? Or a dark age of competing technical standards and bogus parts?
For May-June, Flight Safety Australia talked to military aviation personnel about how safety has evolved for those flying military aircraft. As explained in ‘Esprit de corps’, the three themes which emerged were the ‘three Cs’: communication, commitment and culture.

With increasing automation in aviation the interface between human and machine becomes increasingly important. This was the subject of the July-August feature ‘Design for living—why human-machine interface matters’.

While aviation safety is unique in some respects, there is much we can learn from other forms of transport, and how their safety practitioners manage the risks. ‘Safety à la mode’, the September-October feature, looked at road transport, both private and commercial, to see what lessons aviation can learn from this mode.

We closed a year of varied features in the November-December issue with ‘Partying safely’, which focused on airport safety. The title refers to the challenges for airport operators posed by their complex operating environment, and, in particular, third-party contractors.

This section highlights the diversity of safety issues Flight Safety Australia covers over a year of content—anything from the automation of air traffic control and wasps colonising pitot tubes to the safe use of plastic fuel cans. With their mixture of high-level analysis and practical advice, we trust the fifteen articles in this section provide something for everyone.

Rotary operations are covered in ‘Workload and helicopters’ and ‘Mission impossible’. Human factors is the focus of ‘Force of habit’ and ‘The startle factor’, while eminent NASA researcher, Key Dismukes, talked to Flight Safety Australia about the dangerous side of ingrained habits and the importance of prospective memory, what he describes as ‘remembering to do things’.

There are also articles focusing on the very practical side of aviation—for the GA pilot, tips for landing on bush strips, and things to remember when using plastic jerry cans for refuelling.
There’s a lot of talk currently about the coming pilot shortage. One way to help redress that situation is for greater aviation involvement by women. ‘Women’s work’ looks at some factors behind the low rates of female participation in aviation compared to other traditionally regarded ‘male’ occupations such as construction and engineering.

Among the fifteen articles is a summary of what respected aviation safety guru, Patrick Hudson, told the Safeskies conference in October 2015. He talked about ‘weird’ aviation incidents: those ‘wildly erratic incidents resulting in disaster’—the ‘black swan’ accidents that defy prediction. The only defence against the weird is mastery beyond mere experience, he argued, a worthy ambition for any aviation professional. 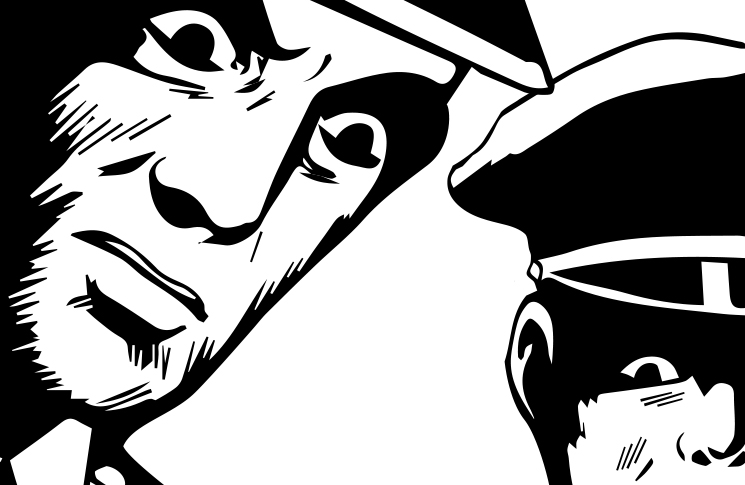 Without warning: the startle factor 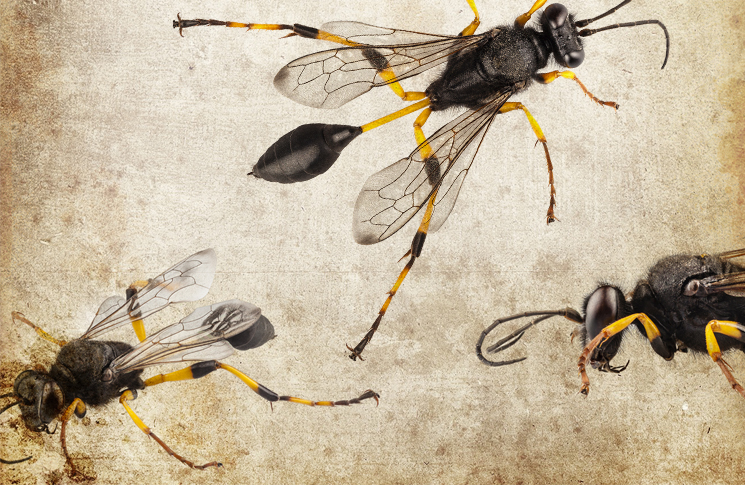 staff writers - Jul 27, 2015 5
Wasps are a hazard to any aircraft, as recent events show. Consider the humble wasp. When it builds its nest in the pitot tube of... 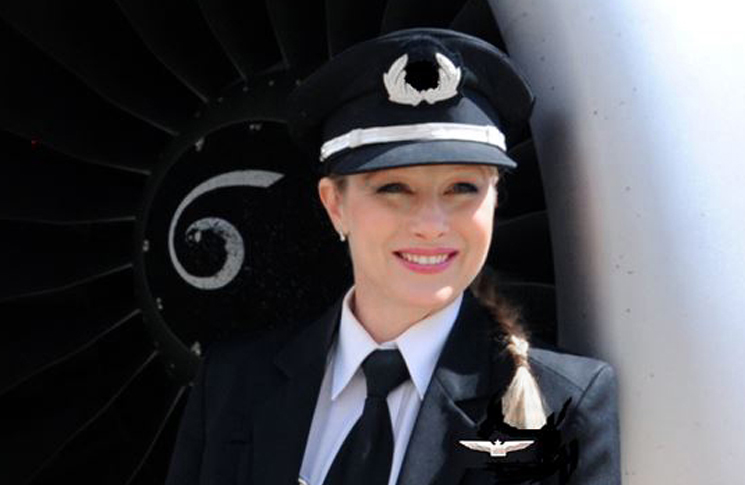 Flight Safety Australia and its readers enjoy the services of contributors of equal expertise in aviation and communication. They bring a distinctive combination of expertise, clarity and flair to their subject matter.

Former aviation magazine editor, Kreisha Ballantyne, combines enthusiasm and an experience of aviation much broader than it is long, having flown a variety of factory and amateur-built aircraft in her relatively short aviation career. She also has a talent for the written word, an ability to explain complex concepts without vulgarising them and provides a unique perspective. Most importantly, she blends serious safety messages with her unabashed enjoyment of the miracle of flight.

Our US contributor, Thomas P. Turner, holds an airline transport pilot certificate with instructor, CFII and MEI ratings and a Masters Degree in Aviation Safety. He is a 2015 inductee to the Flight Instructor Hall of Fame. He has been lead instructor for Beechcraft’s Bonanza pilot training program; a production test pilot for engine modifications; an aviation insurance underwriter; a corporate pilot; a captain in the US Air Force, and the author of several general aviation pilot training books. He directs the education and safety arm of a 9000-member pilots’ organisation. Tom Turner lives in Wichita, Kansas, USA and is a regular visitor to Australia.

Adrian Park is a former Australian army helicopter pilot who now flies twin turbine helicopters for a rotary wing operator on the east coast of Australia. He is also the aviation safety manager for the operation. Added to his aviation qualifications, he is a university graduate in English literature and communication. He combines these two passions to look analytically at aircraft accident case studies and communicate the lessons in a distinctive and thought-provoking way. 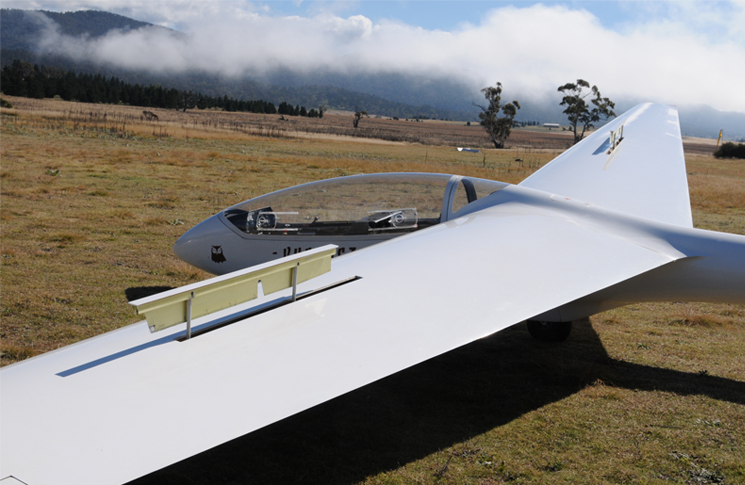 Aircraft are unique in how their safe operation is utterly dependent on safe maintenance. An engine failure in a wheeled vehicle is an annoyance; in a boat it can be a serious matter, admittedly, but in a powered aircraft of any kind, engine failure is invariably the cause of a crisis. Very often it is the precursor to a serious accident, with the few occasions when it is not, characterised by skill, and even more by luck. Harder to contemplate are the maintenance-related crashes that no amount of pilot skill could prevent.

The engineers who maintain aircraft therefore are at the centre of safety. While it is sometimes lamented that the mistakes of engineers can lurk like pathogens in an aircraft for many years, their ‘good catches’ and recoveries often see aircraft leave the hangar in a safer condition than when they arrived. These are not celebrated as much as they should be.

Our selection of maintenance articles focuses on a few of the many issues which have come to light over the past year. Thanks to reporting systems such as the service difficulty reports registry, there are many of these. These articles also illustrate the expertise of experienced engineers who go beyond the daily routine, and keep their minds open to identify patterns, trends and solutions.

Most pilots know the mnemonic ‘I’m safe’—a handy checklist to assess whether they are fit to fly:
I’
Illness—am I physically well?
M
Medication—am I free from the effects of drugs?
S
Stress—am I free from significant stress? Are there any psychological or emotional factors which might affect my performance?
A
Alcohol—am I free from the effects of alcohol?
F
Fatigue—am I sufficiently rested?
E
Eating—have I had enough to eat and drink so that I can perform effectively?
Our aviation medicine articles this year cover two of these issues—‘Dying of thirst’ appeared in the January-February issue, and ‘Flying beyond the blue’ in March-April.

‘Dying of thirst’ highlights an often neglected, but important factor affecting human performance, that of dehydration. Even mild dehydration can affect alertness, generate headaches, and if heat strain is added to the mix, there is a measurable increase in errors and poor decision-making. Flying presents unique factors that can allow dehydration to set in much sooner—high altitudes, ultra-low humidity and dry cabins, but the main factor is ambient heat generated by operating in a hot cockpit on a sunny day.

‘Flying beyond the blue’, which ran in the March-April issue of the magazine, looked at pilots and depression. It was sadly prescient because of the Germanwings accident on 24 March 2015. Flight Safety Australia interviewed Dr Michael Drane, CASA’s acting principal medical officer, who said: ‘Doctors and pilots have a lot in common in terms of personality types—they tend to be driven, coping high-achieving … men. None of these promote objective awareness, or an honest assessment of one’s emotional states.’

‘For one reason or another psychological hiccups and speed bumps are very common, but particularly in these professional groups, acknowledging or reporting and response tends to be something that happens very much as a last resort rather than an early action. Women tend to be more in touch with what’s really going on, while guys tend to keep shoving it under the table and pretend it’s not there.’

The close call section of Flight Safety Australia has been one of the magazine’s enduring favourites. The close calls work on Sam Levenson’s theory that ‘You must learn from the mistakes of others. You can’t possibly live long enough to make them all yourself’. The 2015 selection of readers’ close calls provides plenty of lessons for pilots of all ages and stages, whether flying gyros and gliders for recreation, or commercial pilots flying heavier metal. Flight Safety Australia appreciates those who take the time to tell their stories, and importantly, put up their hand and admit to doing something dumb, so that others can learn and avoid making the same mistakes.

We welcome your close calls, and especially would love to hear some engineering close calls. Send your story, which should be no fewer than 400 and no more than 1500 words, describe a real event which happened to you, and not be the subject of an official investigation, to fsa@casa.gov.au. If it is selected for publication, you will receive $500. 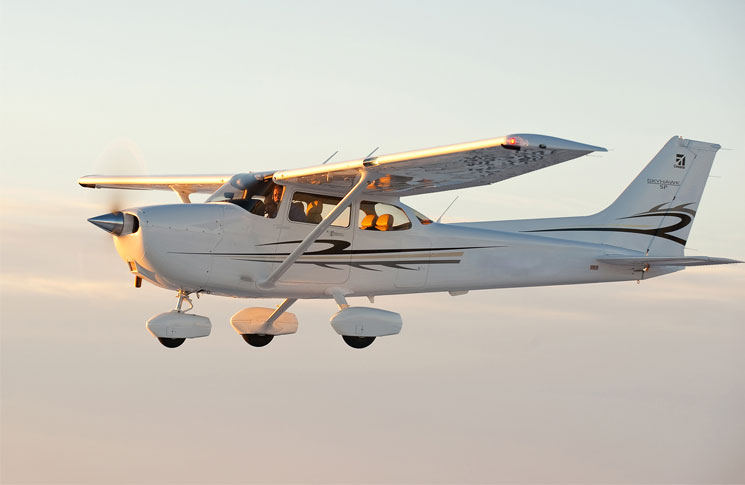 Getting on with the job