Home From the vault How slow can that baby go? 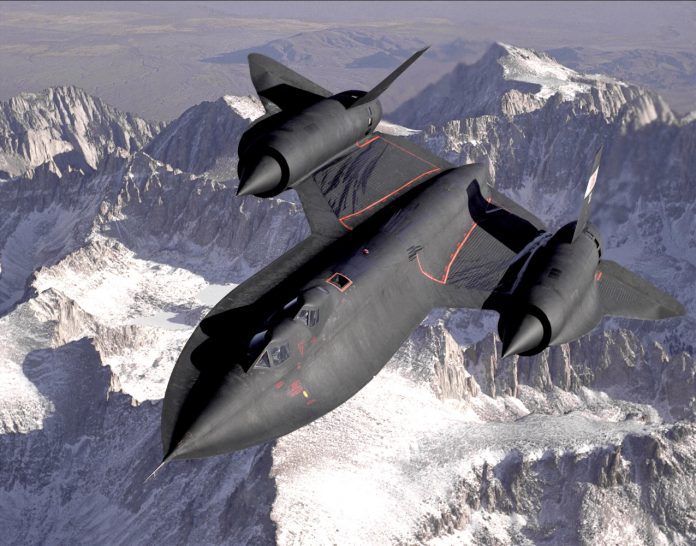 It’s been 52 years since the first flight of the Lockheed SR-71 ‘Blackbird’. Taking off for the first time on 22 December 1964, the SR-71 went on to become one of the most celebrated aircraft in history. No jet-powered manned aircraft has flown faster, and it seems likely none ever will. (An SR-71 crossed the US from Los Angeles to Washington DC in 1hr 4 min 20 seconds.)

Flight Safety Australia looks back at one of its most popular close calls, a first-hand account from a pilot who flew the Blackbird to its limits—at both ends of the airspeed indicator.

One of the world’s most sophisticated and secret spy planes gives onlookers, and its crew, an experience to dine out on, as Brian Shul tells.

As a former SR-71 pilot, and a professional keynote speaker, the question I’m most often asked is ‘How fast does that SR-71 fly?’ I can be assured of hearing that question several times at any event I attend. It’s an interesting question, given the aircraft’s proclivity for speed, but there really isn’t one number to give, as the jet would always give you a little more speed if you wanted it to.

It was common to see 35 miles a minute. Because we flew a programmed Mach number on most missions, and never wanted to harm the plane in any way, we never let it run out to any limits of temperature or speed.

Thus, each SR-71 pilot had his own individual ‘top’ speed that he saw at some point on some mission. I saw mine over Libya, when Khadafy fired two missiles my way, and max power was in order. Let’s just say that the plane truly loved speed and effortlessly took us to Mach numbers we hadn’t previously seen.

So it was with great surprise, when at the end of one of my presentations, someone asked, ‘What was the slowest you ever flew in the Blackbird?’ This was a first. After giving it some thought, I was reminded of a story that I had never shared before, and relayed the following:

I was flying the SR-71 out of RAF Mildenhall, England, with my back-seater, Walt Watson. We were returning from a mission over Europe and the Iron Curtain when we received a radio transmission from home base. As we scooted across Denmark in three minutes, we learned that a small RAF base in the English countryside had requested an SR-71 flypast. The air cadet commander there was a former Blackbird pilot, and thought it would be motivating for the young lads to see the mighty SR-71 perform a low approach.

No problem, we were happy to do it. After a quick aerial refuelling over the North Sea, we proceeded to find the small airfield. Walter had a myriad sophisticated navigation equipment in the back seat, and began to vector me toward the field.

Descending to subsonic speeds, we found ourselves over a densely wooded area in a slight haze. Like most former WWII British airfields, the one we were looking for had a small tower and little surrounding infrastructure. Walter told me we were close and that I should be able to see the field, but I saw nothing. Nothing but trees as far as I could see in the haze. We got a little lower, and I pulled the throttles back from the 325kts we were at. With the gear up, anything under 275 was just uncomfortable. Walt said we were practically over the field but there was nothing in my windscreen. I banked the jet and started a gentle circling manoeuvre, in the hope of picking up anything that looked remotely like a field.

Meanwhile, below, the cadet commander had taken the cadets up on the catwalk of the tower in order to get a prime view of the flypast. It was a quiet, still day with no wind and partial gray overcast. Walter continued to give me indications that the field should be below us, but in the overcast and haze, I couldn’t see it. The longer we continued to peer out of the window and circle, the slower we got. With our power back, the waiting cadets heard nothing. I must have had good instructors in my flying career, as something told me I had better cross-check the gauges. As I noticed the airspeed indicator slide below 160kts, my heart stopped and my adrenalin-filled left hand pushed two throttles full forward.

At this point, we weren’t really flying, but were falling in a slight bank. Just at the moment when both afterburners lit with a thunderous roar of flame (and what a joyous feeling that was), the aircraft flew out into full view of the shocked observers on the tower. Shattering the still quiet of that morning, they now had 107 feet of fire-breathing titanium in their faces as the plane leveled and accelerated, in full burner, on the tower side of the infield, closer than expected, maintaining what could only be described as some sort of ultimate knife-edge pass.

Quickly reaching the field boundary, we proceeded back to Mildenhall without incident. We didn’t say a word for those 14 minutes. After landing, our commander greeted us, and we were both certain he was reaching for our wings.

Instead, he heartily shook our hands and said the commander had told him it was the greatest SR-71 flypast he had ever seen, especially as we had surprised them with a precise manoeuvre that could only be described as breathtaking. He said that some of the cadets’ hats were blown off and the sight of the platform of the plane in full afterburner dropping right in front of them was unbelievable.

Walt and I perfectly understood the concept of ‘breathtaking’ that morning, and sheepishly replied that they had just been excited to see our low approach. As we retired to the equipment room to change from spacesuits to flight suits, we just sat there—we hadn’t exchanged a single word since ‘the pass’. Finally, Walter looked at me and said, ‘One hundred and fifty-six knots. What did you see?’ Trying to find my voice, I stammered, ‘One hundred and fifty-two’. We sat in silence for a moment. Then Walt said, ‘Don’t ever do that to me again!’ And I never did.

A year later, Walter and I were having lunch in the Mildenhall Officers’ Club, and overheard an officer talking to some cadets about an SR-71 flypast that he had seen one day. Of course, by now the story included kids falling off the tower and screaming as the heat of the jet singed their eyebrows. Noticing our HABU (the SR-71’s nickname) patches, as we stood there with lunch trays in our hands, he asked us to verify to the cadets that such a thing had occurred. Walt just shook his head and said, ‘It was probably just a routine low approach; they’re pretty impressive in that plane’.

Little did I realise after relaying this experience to my audience that day that it would become one of the most popular and most requested stories of my public speaking career. It seems ironic that people are really interested in how slowly the world’s fastest jet can fly.

Regardless of your speed, however, it’s always a good idea to keep that cross-check up…and keep your Mach up too.

Brian Shul has had a 20-year career as an Air Force fighter pilot. After being shot down in Vietnam he spent over a year in a burns ward. His comeback story culminated with flying the SR-71, which he describes in his book Sled Driver. Brian is also an author and is known for his photography, particularly of nature.

This article was originally published in the May-June 2012 edition of Flight Safety Australia.