Home Feature Adding up to a revolution 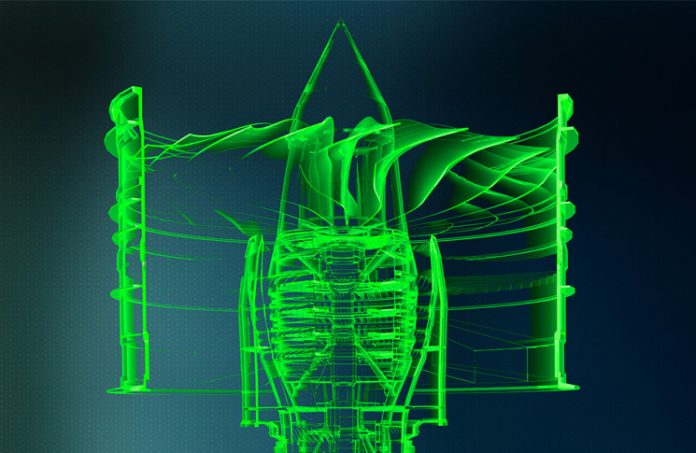 Additive manufacturing, also known as 3D printing, is a fast-moving field. When Flight Safety Australia first covered the subject in 2015, Airbus had just announced their first 3D printed part—there are now more than 1000 3D printed components on the Airbus A350.

Additive manufacturing creates objects by building up materials, layer by layer. This incremental process allows for the creation of objects with extremely complex structures, some of which cannot be built using traditional methods.

Recent developments in additive manufacturing tell a story of the technology moving from the experimental to the industrial mainstream:

Additive manufacturing is demonstrating potential for weight saving with no compromise in strength. Vice President of Aerospace & Defence at Dassault Systèmes, Michel Tellier, told E&T ‘the weight of an optimised additive manufactured part can be in the range of 50 to 80 per cent lighter than the equivalent machined component it replaces’.

This is already happening in bicycle manufacturing. Bicycle and aircraft engineering have a long-standing affinity, and a similar interest in combining lightness, strength and durability despite their products being at the opposite end of the speed spectrum. In 2016, small-scale bike maker Empire Cycles of Bolton, in northern England, developed a 3D printed titanium mountain bike frame that was 33 per cent lighter than the welded aluminum alloy version. One part of the frame, the seat post mounting bracket, was 44 per cent lighter and withstood 50,000 test cycles at 1200 newtons. Its combination of lightness and strength came from the 3D printing process enabled ‘topological optimisation’, that allowed the designers to remove material from low-stress areas and reinforce high-stressed areas.

Comments by Empire Cycles on its prototype apply equally to 3D printing in aviation. ‘The design freedom afforded by additive manufacturing is immense and inspiring. A bit daunting in fact. Continual improvements can be made easily. Rapid iterations can be made. There’s flexibility to make design improvements right up to production. And as the component cost is based on volume and not complexity, some complex shapes and ultra-light, yet super-strong, parts are possible at minimal costs.’

Brandt says titanium is emerging as a metal particularly suited to additive manufacturing. Its combination of cost, strength, lightness and suitability to the additive process was unmatched.

‘You get the full benefit with titanium, for both aerospace and medical applications. With aerospace you get the shaped part. You may have to machine a few surfaces but there’s very little waste. It’s an efficient way of using an expensive raw material.’

Significantly for aerospace, Brandt says processes and protocols are developing in parallel with additive manufacturing technology. ‘In process monitoring areas, system manufacturing companies are including a range of sensors in their machines to alert for defects and allow them to make a decision on whether to continue or scrap the part. Particularly for aerospace components, it offers true traceability for a part.’

‘You’re also looking at developments in materials, better metal powders now, with less porosity and more consistently spherical. This is leading to better-quality products coming off the machines, particularly in terms of strength and fatigue. RMIT is developing an additive manufacturing process that could end the need for heat treating titanium parts made by additive manufacturing, and ensure higher quality and greater consistency,’ he says. The new process cannot only optimise the overall strength of the part, as heat treating does, but enables material strength to be highest in high-load sections of a component.

Another trend is towards larger build platforms, such as the Sciaky machines. ‘There’s interest in manufacturing larger because the process itself is still relatively slow.’

In August 2016 the European Union issued the final report of its RepAIR (Future RepAIR and Maintenance for Aerospace industry) project, a three-year initiative to study how additive manufacturing could be encouraged in aerospace. ‘The main objective of RepAIR is to shift the make-or-buy decision towards the “make” decision by reducing the cost of remaking and repairing spare parts, resulting in more efficient maintenance operations,’ the project’s front page says.

The RepAIR report anticipates shortening the spare parts supply chain to sending an e-mail to an additive manufacturing facility that will make a part, instead of selecting it from a warehouse where it may have sat for many years.

‘As only the raw material needs to be stored, instead of having to have in stock up to 3.6 million spare parts for the multitude of aeroplanes and varieties of aircraft manufacturers, less capital is locked up. Additionally, hardly any energy-intensive produced raw material will be wasted or destroyed, but will be used optimally,’ RepAIR says.

The report predicts the costs of complex spare parts could reduce by 30 per cent and the turnaround time by 20 per cent through the use of a combination of innovative technologies.

Professor Brandt predicts the combination of additive manufacturing and 3D scanning offers potential for creating high-quality low production volume aircraft parts or repairing parts using nothing more than the original part for a template. ‘It’s already happening with tools and dies with chips and cracks in them. You can scan the part, create the CAD file with the defect corrected, and manufacture a new one or repair the original worn component.’