A passenger flight in China was delayed for nearly six hours after an elderly woman threw coins into its jet engine for good luck.

The woman, named by China’s Xinhua news agency as an 80-year-old Ms Qiu, threw coins into the engine while boarding flight CM380 operated by China Southern Airlines yesterday. Other passengers spotted her behaviour and alerted the crew.

The 12.40 pm flight, from Shanghai Pudong International Airport to Guangzhou Province, was delayed for more than five hours while the airline inspected the engine. It took off at 6:16 pm.

Police later found nine coins at the site, including one in the engine, Xinhua reported. Their total value was about A$0.40, Shanghai Daily reported. There was no report of damage to the aircraft. Xinhua said Ms Qiu had been cleared of mental illness and had no criminal record. 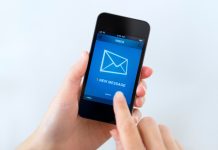