THE US National Transportation Safety Board (NTSB) has concluded its investigation into a literal near miss that could have been the worst aviation disaster ever, when an Air Canada A320 lined up to land on a taxiway that was occupied by four airliners waiting to take off. The investigation found expectation bias had led the crew to misidentify the runway and this had been compounded by the crew’s failure to follow a back-up procedure but also found NOTAM information, radio tuning methods and fatigue management could have been better.

The incident happened at San Francisco International Airport, on the US west coast, shortly before midnight, local time, on 7 July last year. The NTSB found Air Canada flight 759 descended to 100 feet above ground level and overflew the first of the four aircraft. The flight crew initiated a go-around, and flight 759 reached a minimum altitude of about 60 feet above ground level and overflew the second aeroplane before starting to climb.

The airport has parallel runways but one of them was closed that night from 11pm. The crew misidentified the taxiway as a runway and attempted to land on it. The NTSB found the Air Canada flight crew had been provided with information about the closure from a NOTAM in the flight release, and again from automatic terminal information system (ATIS) (information Quebec), which the A320 received using its aircraft communication addressing and reporting system (ACARS).

Conditions were night VFR, but Air Canada standard operating practice was to tune to the ILS frequency as a backup. However, the first officer did not do this and the captain did not notice this omission. The NTSB found the Bridge Visual approach was the only approach in Air Canada’s Airbus A320 database that required manual tuning of a navigation frequency, making this activity an unusual procedure for the crew. It also found the instruction on the approach chart to manually tune the ILS frequency was not conspicuous during the crew’s review of the chart.

CVR information was not available because it had been overwritten before Air Canada became aware of how serious the incident had been.

The incident took place at just before 3am Toronto time, the flight’s departure point, in what is referred to as the window of circadian low (WOCL). In addition, the captain had been awake for 19 hours and the first officer for 12 hours.

The NTSB determined that the probable cause of the incident was ‘the flight crew’s misidentification of taxiway C as the intended landing runway, which resulted from the crewmembers’ lack of awareness of the parallel runway closure due to their ineffective review of NOTAM information before the flight and during the approach briefing.

The investigation stated, ‘Contributing to the incident were (1) the flight crew’s failure to tune the ILS frequency for backup lateral guidance, expectation bias, fatigue due to circadian disruption and length of continued wakefulness, and breakdowns in CRM and (2) Air Canada’s ineffective presentation of approach procedure and NOTAM information.’

Unlike mass media reporting of its findings, the NTSB did not use the phrase ‘pilot error.’ Flight Safety Australia has discussed the many myths surrounding this unhelpful cliché. Instead the NTSB took a more nuanced view, with emphasis on what could be learned and should be done to prevent a recurrence of the event.

The NTSB identified six safety issues resulting from its investigation:

‘The mistakes identified in this report highlight the need for further review of approach and landing procedures,’ NTSB Chairman Robert L. Sumwalt said.

‘This event could very easily have had a catastrophic outcome. The recommendations issued as a result of this investigation, if implemented, will help prevent the possibility of a similar incident from occurring in the future.’ 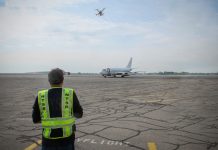 More than a ‘noisy tape measure’ 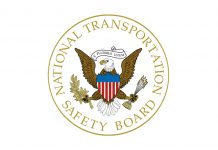