Home Feature Culture and the clock 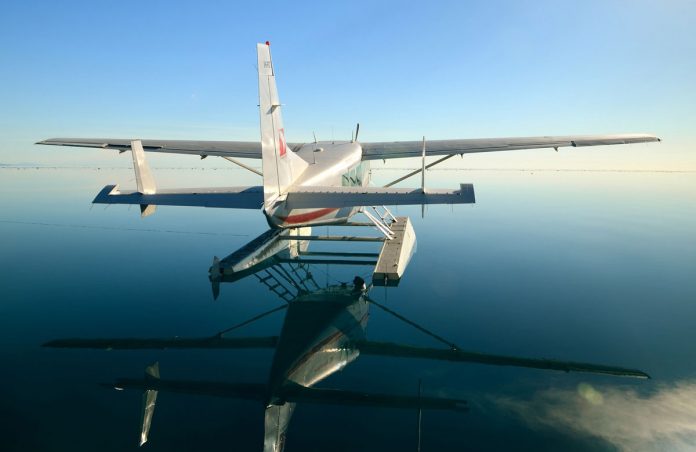 When I was a 23-year-old helicopter pilot in the military, with freshly pressed wings proudly displayed on my chest, I distinctly remember flying with a senior and well-respected aviator. On one particular flight, due to a raft of circumstances, we ran low on fuel. A yellow glow from the caution panel caught my eye as the low-fuel light dutifully illuminated. I knew straight away what that meant: we needed to land. I started looking for a nice field with road access so the fuel truck could get to us but, as it turned out, that was a little premature of me.

‘Wait on mate …’ said the senior and well-respected aviator. I glanced quizzically his way wondering why we weren’t singing off the same sheet of cautionary music. He reached over to the caution panel and tapped hard on the ‘low-fuel’ caption. The caption, now dislodged from its housing, went out. ‘Caution light, what caution light?’ he said with a friendly tenor in his voice.

We flew for another ten minutes to a nearby aerodrome where we shut down and where—apparently—nothing else needed to be said. But the message was loud and clear. Low fuel caution lights aren’t really cautionary. Mandatory landings aren’t really mandatory. Cautions and rules bend the knee to expediency.

From the beginning we aviators are warned of the dangers of flight. There are, after all, plenty of hazards of which an aviator should be aware. Perhaps these begin on that first cockpit familiarisation.

Or maybe it’s during one of the first starts.

Or maybe it’s wading through the 1.5 million words of Australian air law and seeing over and over again, like a well-placed Doberman, the legislative snarl of strict liability.

For my own part I’m generally glad of such cautions and warnings. For 26 years they’ve have vitalised my safety conscience and have probably kept me and most of my friends alive. But there’s one hazard I was never told about. A hazard more dangerous than exceedances, over-temps and criminal code. The hazard of culture.

On one hand ‘culture’ seems like it belongs to the kinds of conversations aviators sometimes have over a bottle of red. A little bit philosophical. A little bit whimsical. But not the real stuff. Not the practical stuff of engines, avionics and regulatory controversies. And yet what other mechanism, power or regulation can take one’s conscience about a warning—be it mechanical, sociological or environmental—and turn it into caution light, what caution light?

One doesn’t have to search too far in modern aviation to find the conscience-subverting power of culture. Consider how the deadly 2015 mountainous collision of an Alaskan Otter float plane reveals the way in which culture taps hard on a company’s organisational ‘caution panel’. The pilot’s eight passengers were all from a soon-to-depart cruise ship. The idea was for a quick 30-minute lap around the block—the block in this case being a 60-mile flight around the spectacular bays, rivers and mountains of the Misty Fjords National Monument Wilderness. The cultural kicker was the deadline anxiety instilled by the cruise liner and the failure of the aviation company to manage this anxiety on behalf of their tour-plane pilots.

Departure times for the cruise liner were absolutely non-negotiable. If the pilot of the tour-plane failed to get the passengers back on time the tour-plane company was obligated to pay the transportation costs of the stranded passengers to the next port. On the day of the accident, the ‘all aboard’ time was 12:30 pm and the scheduled departure time 1 pm. The take-off time of the accident aircraft? 12:07. Not only was the pilot expected to get the passengers back for the ‘all aboard’ time he was also scheduled for another sight-seeing tour at 12:30.

Even in fine weather the pilot would have been hard pressed to get everyone back in time. On the day of the accident the weather was anything but fine. Overcast clouds, mist and visibility-reducing rain were rolling in. If there was ever a time where a caution light on the organisational caution panel was illuminated it was now. If there was ever a prompting towards a serious rethink it was now. But culture was well and truly dulling the organisation’s safety conscience.

In the two months the pilot had operated at the tour company, he’d not only seen his fellow pilots take off in worse conditions he’d seen his boss do the same. The NTSB noted he’d heard the deputy chief pilot say, ‘You’re flying in Alaska now, you’re gonna have to bend the rules.’ One can almost see the thought process playing out: ‘Sure, the weather is marginal but if the boss and everyone else is OK with pushing it why not me?’

With said caution lights sufficiently dimmed by the revenue-focused culture of the company, the tour pilot loaded his eight passengers, gunned the engine and took off.

Pilots on the tour-run were given discretion as to the routes they could take. These were known rather unimaginatively as the ‘short’ run and the ‘long’ run. The names were a bit of a misnomer. There was only five minutes difference between the short run and the long run. The short run, however, was the most scenic because it ran through spectacular mountains and wilderness. The pilot had a decision to make: stick to the coastal run and be back five minutes later or take the shorter and more scenic run. The weather should have made it an easy decision. The coastal run was a far safer run with plenty of ‘outs’ if the weather decided to turn even more nasty. Plus, the inland mountains were already cloaked in low cloud and scud. But culture dulled the danger. The five-minute saving was decisional candy to the time-pressured, culturally-compromised pilot. He swallowed it gladly turning his float plane with his eight passengers into the cloud-shrouded mountains. Within minutes the cloud was lower, the visibility worse and the options gone. Photos downloaded from the passengers’ smart phones universally showed glimpses of trees and terrain obscured by great swathes of cloud and mist.

Most pilots have probably been there. I know I have. Low on altitude and options. Rain and scud hiding terrain and obstacles. Wipers sweeping back and forth. Eyes scanning rapidly here and there, mind wondering if you’ll be able to get over that next shrouded ridge … and then the next.

If you have been one of those pilots, and you’re reading this, then you did make it over that last ridge and safely home. But imagine if you didn’t. It might have looked something like what happened next.

At some point, probably disoriented by the deteriorating visual cues, the pilot turned left when he should have stayed straight. On this part of the run he had two mountains to clear before the left turn. His mental model, befuddled by the mist and rain, told him he’d cleared both of them. But he’d only cleared the first. In his left-turning flight-path, hidden by cloud and rain, was the second mountain. The aircraft was at 1600 feet. The mountain was far higher.

The flight data recorder (FDR) registered what happened next. At about two seconds to impact the FDR recorded rapid engine acceleration and maximum elevator movement. The pilot, peering through the windshield, had seen the mountainside. In a desperate yank on the yoke and a panicked push on the throttles, the pilot instinctively took avoidance action. He was at least ten seconds and a few hundred feet short. The plane collided with the mountainside. With absolutely no give in the mountain, 120 knots worth of kinetic energy had to go somewhere: it went into the aircraft and the passengers. Mountain, metal and bodies crumpled together in a tragic union.

Some might see this account and think this is just for the junior pilot. The one trying to get their hours up. The young bloke starry-eyed about their first job and easily carried away by cultural currents. But that’s not the case. Culture affects everyone. The accident pilot was 64 years old and had flown since the 1970s. He had 4300 hours of flight experience, including 1700 hours in a single-engine floatplane. He was no novice. Nor, evidently, was he a pushover. He was a successful businessman who, for the last couple of years, had flown in Alaska in the summers and spent winters in Arizona, where he owned a franchise of Mexican fast-food restaurants. Flying was just his second job which he did because of the love of it, not because he necessarily needed to make a living out of it.

It was eerily similar in another Alaskan tour-operator crash in 2007. That pilot had 25 years of commercial aviation experience and yet, when confronted with what was described as a ‘wall of weather’ (rain, fog and low cloud), he pushed on crashing in a box canyon and killing his five passengers. His aircraft had been the second of three machines flying through a mountain pass known as ‘the cut’. Watching the first plane in front of him approaching the ‘wall’ personal alarm bells must have been ringing. Perhaps he was hoping the first plane would turn back. It did not. Somehow it made it through. He, with 25 years of commercial experience, decided to follow. He promptly lost visual reference and crashed into the canyon wall. The third plane, not knowing the second plane’s plight, had already turned around and lived to fly another day. Culture does not respect age or reputation or experience.

And culture is bequeathed.

When that captain I really respected smiled and said, ‘caution light, what caution light’, something invisible (but not intangible) transferred from him to me. Like a faulty strand of DNA transferring from parent to child a value—an attitude—transferred from him and become part of me. Senior and well-respected aviators have all learnt from other senior and well-respected aviators. My captain on the day didn’t just wake up one morning and decide a low fuel light could be ignored. He’d seen it done before—probably more than once. Perhaps he too had been surprised when it first happened but then, over time, it eventually coded itself into his conscience such that danger was no longer danger. It was the same in Alaska: the cultural DNA passed from parent to child and successively blurred red-lines, dimmed ‘caution’ lights and softened the sharp edges of real and present danger.

But here’s the thing. We are all responsible for culture. The DNA simile only goes so far. We can and should make choices about where the line will be drawn. My personal story isn’t a jab at the caution-tapping captain, it’s actually a jab at myself. Why didn’t I say something? Because, despite what I’d like to think, my own character, values and experience were left holstered on that day by my own choice. I, in my silence, reinforced the culture by adding one more pilot—myself—to its complicity. I hope I never do that again. I hope, if there ever is another ‘caution light, what caution light’ moment I can smile back and say: 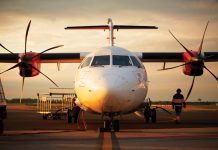