The evocative start-up howl of the Rolls-Royce M250 gas turbine will be part of the future of aviation, even if the aircraft it powers are utterly unlike anything flying now. Rolls-Royce is testing an electric hybrid drive system for urban air vehicles and other aircraft using distributed electric propulsion.

Rolls-Royce says the system will be used across a range of aircraft, including EVTOLs (hybrid electric vertical take-off and landing vehicles), general aviation aircraft and hybrid helicopters. It follows up on the Rolls-Royce EVTOL concept unveiled at the 2018 Farnborough airshow.

The company said, ‘We successfully tested the hybrid version of the M250 gas turbine in a ground demonstration setting in three operating modes: series hybrid, parallel hybrid and turbo-electric. The M250 hybrid is planned to be used as a propulsion plant with power ranging from 500 kW to 1 MW and has the potential to transform aviation power.’

Rolls-Royce is aiming for experimental flights of the system in 2021. The company is also developing a larger 2.5 MW system, using the AE 2100 turbine, that is being tested with Airbus on the E-Fan X demonstrator platform.

The Rolls-Royce M250 was originally produced by Allison and powers more than 170 aircraft types, including the Bell 206 and Sikorsky S76. 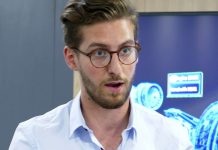 Eyes in the engine 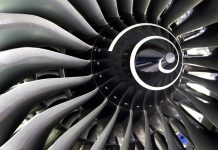