As George Bernard Shaw once said, ‘The single biggest problem with communication is the illusion that it has taken place.’

Aviate, navigate, communicate—it’s an old adage but true, ingrained into all pilots’ brains. Pilots need to be able to communicate effectively on the ground and in the air with a variety of people, including other pilots, passengers, refuellers, maintenance engineers and air traffic controllers.

Communication misunderstandings cost time and money and at worst, compromise safety. Dr Dominque Estival, a Western Sydney University linguist, pilot and flight instructor, cites miscommunication as contributing to the deaths of more than 2000 people in aircraft accidents since the mid-1970s. She urges native English speakers to adjust their communication in the aviation context to reduce the risk of misunderstanding by pilots who have English as their second language. ‘The principle of being concise, precise and clear, and speaking slowly enough that you can be understood, should always prevail.’

Misheard communications played a major part in a significant incident at Sydney Airport on the night of 29 January 1972 when a fully-loaded Trans Australia Airlines Boeing 727, cleared for take-off, scraped the tail of a Canadian Pacific Airlines DC-8 which was backtracking on the runway after landing. The ATC told the Canadian Pacific crew to ‘… take taxiway right—call on 121.7’ and this instruction was acknowledged. The crew of the Canadian aircraft, however, told an inquiry that they heard the words ‘… backtrack if you like—change to 121.7’. Despite significant damage to the 727’s undercarriage, the crew managed to return safely to Sydney. Flight Safety Australia looked at this incident in 2018 in the article A bump in the night.

Clear communication can be the difference between safe flight and aircraft accidents. Graham Edkins, chief executive, Leading Edge Safety Systems says, ‘Communication is an often-cited issue in aviation accidents where it’s not enough communication or misunderstanding of certain terms or phraseology.’

Misunderstanding phraseology was one of the primary causes of the worst aviation accident in history when two Boeing 747s collided at Tenerife’s Airport in the Spanish Canary Islands, killing 583 people. Non-standard phraseology was used and led to confusion with one aircraft taking off without clearance colliding with the other 747 still on the runway.

Todd Mickleson, senior safety consultant at Leading Edge Safety Systems says, ‘Don’t be afraid to speak up if you see anything odd. You’ve got to create the right environment for people to actually speak up and pass on that information. It’s about opening up that communication and allowing people to give you the information that you need.’

Communication is the fourth booklet in the revised Safety behaviours: human factors for pilots’ kit. The booklet covers topics such as being a good listener; using clear verbal, visual and written language; what happens when communication fails in flight and provides plenty of ways for you to improve your communication skills.

Safety behaviours: human factors for pilots’ kit is out now for free on the CASA website, or can be ordered in print and on USB from the CASA Online Store. 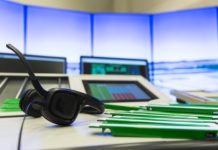 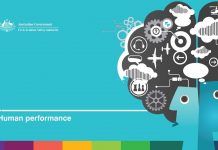 Human performance: look after yourself and live 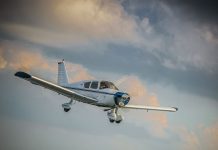