In this incident, ATC miscommunication and broader organisational factors almost led to the loss of 353 lives.

On 16 December 2016, EVA Air flight 015 was only 40 seconds—0.5 nautical miles laterally and zero feet vertically—from crashing into a mountain.

With diversions due to storms, the airport’s normal departure operations to the west and over the sea, used for more than 90 per cent of departures, were changed. Instead, departures were via the less familiar easterly operations, using runway 07R/25L. North-east of Los Angeles are the San Gabriel Mountains, a range of substantial peaks which includes Mount St Antonio, the highest at 10,064 feet and Mount Wilson, 5710 feet. Mount Wilson is about 30–40 miles (40–50 km) from LAX and is home to an observatory and a towering array of TV and radio antennae, the tallest of which is more than 970 feet.

EVA Air received take-off clearance from runway 07R at 01:17:49. The LAX air traffic controller transferred communications to Southern Californian Terminal Radar Approach Control—SCT or SoCal TRACON, one of the busiest ATC facilities in the world—at 01:19:54. The communication failure that followed in the next five minutes—with the aircraft being told to turn left instead of right—almost led to the disaster of EVA Air’s controlled flight into Mount Wilson. It was sheer happenstance that this didn’t occur.

The truth about most aviation accidents and incidents is rarely pure—and never simple. The EVA015 incident is no different. Aviation bloggers, armchair pilots and social media trolls were quick to adopt the simple answer—blame the controller. One wrote, ‘100 per cent controller error … 37 years ATC experience, and I can’t recall a performance this bad’.

Michael Kay is president of the International Civil Aviation English Association and an aviation English team leader with AeroThai, the Thai state air navigation service provider.
He says there are obvious non-standard phraseology issues at play in this near miss, but there are broader and more nuanced cultural and organisational factors to consider.

When EVA 015 reads back the original, and incorrect, ‘left heading 180’, the controller ignores it. Kay guesses the Taiwanese pilots then fixated on that instruction, leading them to continue north in a long wide turn, and into potential conflict not only with the peaks of the San Gabriel Mountains but, more urgently, Air Canada flight 788.

Maintaining separation is the controller’s raison d’être, as the Federal Aviation Administration’s (FAA) ATC orders 7110.65 says: ‘The primary purpose of (ATC) is to prevent a collision between aircraft operating in the system’. For the controller, losing separation has immediate physiological effects (an adrenaline rush, increased heart and breathing rates) as well as psychological effects.

‘Southbound’ implies you are already travelling in that direction and is ambiguous to a non-native speaker. ‘She does not attempt to modify her instruction,’ Kay says, ‘and keeps repeating the same non-standard phraseology’, oblivious to EVA 015’s incomprehension. Their readback ‘Roger, turn southbound now, EVA 015 heavy’, is parrotlike, to the extent of ‘echoing her emphatic “now”, which shows they do not understand’, he says. Losing confidence, concerned about losing face, and confused because of a barrage of contradictory instructions, the pilots do not question any further, and ‘relinquish authority to the native speaker’, he says.

At 01:24:25 there is a different voice on EVA 015’s radio—presumably the captain has taken control, rather than having the pilot not-flying relay transmissions. Data from the aircraft shows the enhanced ground proximity warning system (EGPWS) generated four ‘Caution, terrain’ alerts at 01:24:30, followed 11 seconds after by a further four. Eight seconds later, the EGPWS ‘pull up!’ alert activated, lasting seven seconds. The captain takes control, and with the insistent EGWPS warnings still ringing in their ears, the aircraft finally turns south, climbing away from danger.

‘The controller talks very quickly and her transmissions are too long for the situation, the work culture exacerbates the whole situation,’ Kay says.

The NTSB report determined the probable cause as:

LAX is a very busy and complex airport. At the time of the incident, according to the Los Angeles Times, air traffic control for LAX handled 1700–1800 departures and arrivals daily. To cope with this traffic, controllers feel compelled to speak rapidly, often making comprehension difficult for non-native English speakers.

There are also other organisational and cultural factors which should be considered, such as fatigue. In its investigation of the incident, the US National Transportation Safety Board (NTSB) interviewed 14 ATC/FAA personnel, including the controller, her colleagues, quality assurance and control staff and ATC supervisors/managers.

A common theme which emerged was the frequency of overtime worked by operational personnel. One manager said he had worked 15 six-day weeks in the 17 leading to the incident, while the incident controller said she regularly worked a six-day week due to staff shortages. On the day of the incident, she had worked a 0545 to 1345 shift, followed by a 2200 to 0600 shift, with about three hours sleep between these shifts. According to figures quoted in the LA Times, an ageing controller workforce and a complex, demanding ATC environment at LAX meant ATC overtime grew from 5866 hours in 2008 to 13,396 in 2015, the year before the incident.

Likely fatigue, and the additional workload created by the infrequent east operation—which one NTSB interviewee said led to ‘the incident controller working double the number of aircraft that the sector normally worked at that time of the morning’—together with the cultural acceptance of informal, non-standard phraseology combined to create a perfect storm. Miraculously, this time, the storm abated without damage. 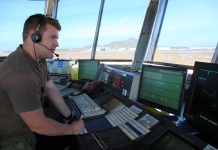 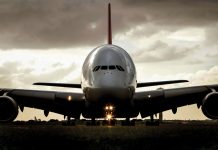