Home Feature Standing up for safety

You’ll find them most weeknights, on their feet, in theatres, clubs or hangars, spreading safety messages that could save your life. Flight Safety Australia goes on the road with CASA’s frontline aviation safety advisors.

It’s 6pm at Rockhampton Aero Club and the sausage sandwiches are ready to go. The club’s three Cessnas and its unusual Piper Pathfinder are parked outside in the pink twilight and club members are among those watching with interest as sling loading helicopters return from fighting a bushfire on nearby Mount Archer.

Kirstie Winter is ready too, with that combination of feelings familiar to anyone in aviation: nervous but focused, like the day she soloed aged 16. The next two hours are a long way from her first job in flying, as an air traffic controller. Or are they? There’s no anonymity here, no standard phraseology, but the basic task is the same—telling pilots what they need to know to keep safe.

Winter is one of CASA’s nine aviation safety advisors (ASA). With Iain White she covers Queensland. The formal description of an ASA’s role is to ‘enhance aviation safety within the wider aviation community through AvSafety seminars, on-site visits, industry events, public discussions and meetings’. They are also expected to ‘guide aviation industry leadership, promote sound safety procedures and attitudes, assist with interpretation and understanding of regulations, and receive aviation feedback’ for CASA to consider. In effect, the job description encompasses diplomat, travelling salesperson, agony aunt, advocate, pastor, sometimes preacher and, very rarely, when the mood in the room is right or if there’s tension to defuse, stand-up comedian.

‘We don’t audit and we have no inspection function,’ ASA for the southern region Tim Penney says. ‘Our role is purely the promotion and facilitation of safety related education and advice to industry.’

In 2018–19, the nine ASAs presented more than 220 seminars to all sectors of industry and stood before about 8500 people in seminars and on-site visits. Seminar audiences range from under 10 in some outback locations to more than 120 in urban areas. The team also presents targeted seminars for specialist teams or companies that can be as short as 60 minutes or run for a day. And two specialist ASAs present engineering-focused seminars for LAMEs.

The safety advisors stand before all types of audiences. ‘We speak with industry participants ranging from sport aviation to airlines,’ Penney says. ‘We also speak with the general public, at fear-of-flying courses, careers expos and school visits. And we listen to noise complaints, even though they are an Airservices Australia matter.’

Away from the public eye, the advisors take part in CASA’s regulation development teams, where their experience with the actual concerns of industry is much valued. ‘We act as the eyes and ears of CASA and bring industry’s concerns and issues back into CASA’s offices and meeting rooms,’ Penney says.

The ASAs also act as force multipliers for other agencies such as the Australian Maritime Safety Authority, the Australian Transport Safety Bureau, the Bureau of Meteorology and Airservices Australia. ‘We promote their safety messages and they sometimes present alongside us in the field.’

Penney is acutely aware that for many in the audience, the ASAs do not merely represent CASA, they are CASA.

‘In their minds, we are the Director of Aviation Safety and even by extension the minister, and yes, sometimes it feels like we have a target on our back,’ he says, ‘People see the CASA shirt and make a bee-line for us. Often all they want is someone to just listen. That’s fine, that’s our job too.’

Tonight’s seminar follows the theme chosen for 2019, ‘Expect the unexpected’. Winter discusses three related subjects: pre-flight planning, checklists and aeronautical decision-making. She knows that among some low-time general aviation private pilots, these can be customs more honoured in the breach than observance, but she has statistics, case studies and an honest and open manner on her side to persuade the audience of 32 why these observances are vital for safe flight.

The opening slide for checklists is a pile of smouldering wreckage, the remains of the Boeing Model 299 of 1935 which crashed on its demonstration flight with the US Army Air Corps top pilot flying, because a gust lock was left in place. Ten years later thousands of young men plucked from every walk of life were flying the 299, by then known as the B-17 bomber, using the legacy of that tragic day—the type-specific checklist.

The seminar flows easily from this somewhat macabre image. ‘I’m not here to lecture but to bring things to the front of your mind,’ Winter says, as the discussion ranges from the Japanese railway practice of pointing and calling control actions, to the marvellous advantages and subtle traps of electronic flight bags, to the many ways to get weather information, not all of which are computerised. ‘Always remember, you can phone a friend, but also remember how they describe the weather they see may not be accurate in aviation terms,’ Winter says. In a discussion about the new fixed fuel reserve regulations, one pilot sitting in the back row insists these do not apply to them because their flights are ‘private’. It’s an, ahem, original interpretation because there is no such exception in any CASA fuel regulation. Winter puts the pilot straight, but doesn’t labour the point. She’s here to inform, not enforce.

Knowing many subjects upside down, inside out and back-to-front is one of the most challenging aspects of an ASA’s role, Penney says. ‘We need to know what is going on and if anything in our areas has changed. We have to be disciplined enough to be “on our game” even when talking to industry after a seminar at 10 o’clock at night.’

The ASA team brings a breadth and depth of aviation knowledge to the role, with backgrounds and qualifications including fixed and rotary wing CPLs, airline transport, air traffic control, accident investigation, LAME credentials in both light and heavy aircraft, flight training, human factors and drone operations. Winter was an air operations officer with the United Nations Mission in South Sudan where she was responsible for the safety, planning and management of all flights associated with the mission. Western Australia ASA Craig Peterson trained with the RAAF on the Heron UAV and completed an operational tour in Afghanistan. Victorian ASA Michael White was president of a flying club and developer of an ICAO standard training package for accident investigation, and Penney was a safety investigator with Brazilian aircraft manufacturer Embraer.

And suddenly it’s all over. Two hours have flown and the audience gravitates towards the last of the sausage sandwiches and catching up with old flying friends. Reviews of the seminar are enthusiastic. ‘There were many pearls of wisdom,’ local pilot Michael Keating says. ‘Well presented, useful and meaningful,’ says another.

The comments line up with more formal feedback, in which 98 per cent of respondents recommend the seminars and 95 per cent say attendance has made them a safer pilot.

Winter is among the last to leave, after nearly an hour of listening, making notes, promising to look into issues and helping put away the chairs. The next morning she is on the road again, visiting a local helicopter operator. After her ‘how’s your world, any issues?’ opening, she finds herself going over the Part 66 maintenance licensing changes. The flow of knowledge is very much a two-way process, she says. ‘I learn so much from every operator I visit, I now know many things I didn’t.’

Penney says, ‘It’s important when we are up in front of industry to admit to some of our own errors and shortcomings. We are certainly not and have never portrayed ourselves as the font of all knowledge.’

Bridge building with industry is a major although informal part of the ASA role. ‘Maybe on occasions, especially in the early years, it’s been bridge repairing,’ Penney says. ‘To see people and companies grow from an outright fear of CASA to realising we are there to provide meaningful assistance, from a professional point of view, that is enormously satisfying.

‘What is especially gratifying is when people call you and own up to an error. In previous years they just wouldn’t dare contact anyone from CASA. However, we are slowly seeing this attitude change as industry realises that sharing knowledge and experience is the foundation of safety. Infringing controlled airspace is a common one, as is being caught by weather.’

Penney, a member of the ASA team since its formation in 2006, says the key question over that time has always been, ‘Are we doing any good?’

‘Have we saved lives? We will never know for sure,’ he says. ‘But I did get a phone call a few years ago from a pilot who had been at a Victorian seminar who told me, “What I learnt saved my life”.

‘And it was humbling a few years back to have a grieving family member pull me aside and encourage us to keep using a case study of an accident in which they lost a loved one, so other people might not die in the same type of accident. That stuff stays with you and gives you encouragement to keep on going.’

Register for an AvSafety seminar or invite a safety advisor to visit your organisation at casa.gov.au/avsafety 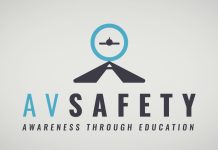