Home Feature Pay attention—to save yourself

What does it take to stop a passenger reading their newspaper or talking so they can listen to the pre-flight safety briefing?

To ensure passengers receive the critical briefing on safety, airlines have chosen creative forms of entertainment.

But do any of these actually work? What does engage the passenger to stop reading their newspaper, talking to the passenger next to them or watching the latest movie on their iPad?

According to CASA, ‘An operator of aircraft shall ensure that all passengers are orally briefed before each take-off.’ Airlines have to convey this information every flight—and it’s understandable that passengers tend to disengage.

The information given in the pre-flight safety briefing is to save lives and should be taken seriously.

What is the reason for this? Regular passengers have ‘heard it all before’, so may not take any interest and become complacent. First time or anxious flyers may disengage as they don’t want to think of their flight ending in disaster. Some passengers believe accidents are not survivable, so make a choice not to listen.

A study by Associate Professor Brett Molesworth of the School of Aviation at UNSW, ‘Examining the effectiveness of pre-flight safety announcements in commercial aviation’, compared passenger recall of safety messages through the standard demonstration with those using humour or celebrities. Recall was better in the groups that watched the humorous or celebrity demonstrations. However, have pre-flight safety briefings become too entertaining?

Aircraft accidents are a rare event and many accidents are survivable. The constant research into procedures makes travel safer for passengers. Cabin crew are highly trained in emergency procedures but passengers should remain accountable, not just for their own safety but that of others.

The information given in the pre-flight safety briefing is to save lives and should be taken seriously. If prepared for an emergency, passengers have a higher chance of survival.

Unfortunately, there is an increasing trend for passengers to ignore cabin crew directions. A report by the Transportation Safety Board of Canada into an accident in 2005 where an Air France A340 overran the runway, said many passengers took their carry-on luggage with them, despite specific instructions to the contrary being repeatedly shouted at them by the cabin crew.

Research by the safety board into other emergency evacuations revealed this incident was not unique. ‘Research has also demonstrated that in a heightened state of fear, individuals have difficulty in understanding and adhering to instructions,’ it said. For instance, in 1991 a Skywest Metroliner and a USAir Boeing 737 collided on the runway at Los Angeles. No passengers on the Metroliner survived. The National Transport Safety Board’s report—NTSB/AAR-91/08—found that the pre-flight exit row briefing provided by USAir increased the preparedness of the passengers for the evacuation; however, the delay in opening the right overwing exit (by passengers) combined with factors such as reaction to stress, delayed egress and led to a large number of fatalities, where many deceased were discovered in this part of the cabin.

There have been numerous incidents where passengers have taken cabin baggage when evacuating the aircraft, including Emirates 521 and American Airlines 383 in 2016 and British Airways 276 in 2015. Luckily, all passengers and crew survived.

Most recently, in Aeroflot 1492, 41 of the 78 onboard died when the aircraft bounced on landing and touched down hard, causing the landing gear to collapse, fuel to spill from the wings and a fire to engulf the rear cabin. Many passengers who survived were carrying cabin baggage. It is believed retrieving bags slowed the evacuation—anyone behind the 10th row did not survive. Precious time could have been saved and more people survived if this standard instruction was followed: ‘In the event of an emergency evacuation, leave all baggage behind’.

Due to different manufacturers, safety and emergency equipment onboard aircraft may vary from airline to airline, such as oxygen masks used in a depressurisation or life jackets used in a ditching. Therefore, it is critical that passengers pay attention to the pre-flight safety briefing to understand the operation of equipment never before seen or used.

Take the case in 2018 when Southwest Airlines 1380 suffered an engine failure that resulted in a decompression. Videos of the incident show most of the passengers were not wearing the oxygen masks correctly.
In the Ethiopian Airlines Boeing 767 hijacking and ditching in 1996, many passengers died in the cabin, having inflated their life jackets before leaving the aircraft, trapping themselves with the rising water. This behaviour resulted in the wording of pre-flight safety briefings being changed to say life jackets should be inflated only outside the cabin.

In Advisory Circular No. 700-012 in March 2009, Transport Canada says: ‘Transport Safety Board of Canada analysis of several accidents has stated that thorough safety briefings to passengers have increased the chance of survival for passengers. Accident survivors have also recalled the pre-flight briefing as being thorough and performed in a professional manner.’

In Australia operators ask passengers to pay attention and most operators have cabin crew present in the aisles for the presentation. Cabin crew do have authority to ask passengers to listen, under Section 24 of the Civil Aviation Act 1988—which says it is an offence to interfere with a crew member in the course of their performance of duties.

New Zealand’s Civil Aviation Authority states an airline can refuse to carry passengers who are a potential risk to the safety of the aircraft, crew or passengers, although it cannot force passengers to listen to safety instructions.

Cabin crew must ensure that all passengers can see and hear the pre-flight safety briefing. Whether an individual is a frequent flyer or not, it is critical they are focused on key safety messages that could save their lives. If not, there are consequences. Recently, two passengers were offloaded from an Air New Zealand flight after not following crew members’ instructions while sitting in an exit row.

Surely, it’s time for change and passengers take the safety briefing more seriously—for their own sake.

Read the cabin safety bulletin on the CASA website. 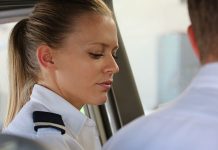 The dangers of a brief debrief