Home Latest News The dangers of a brief debrief 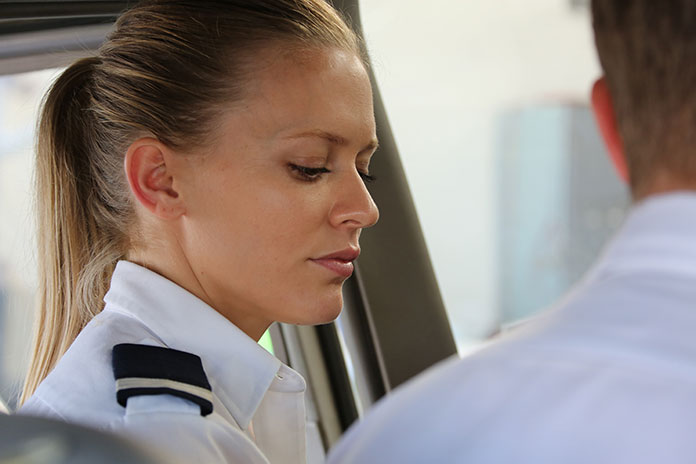 Learning to fly may be one of the steepest learning curves you embrace in your lifetime. An instructor can make the difference between a student thriving and a student giving up and walking away.

As a student who has passed through many schools and encountered endless instructors, one of my personal bugbears is the lack of focus on the debriefing section of the lesson. In far too many cases, I’ve had an instructor hop out of the aircraft at shut down, leaving me with a head full of questions and an inclination to change schools.

During the initial stages of learning to fly—whether ab-initio or taking on a new rating—progress often feels less linear, more ‘one step forward, two steps back’.

A debriefing is vital for both the student and instructor to allow both to measure the progress of the student and the communication skills of the instructor, not to mention the setting up of excellent future safety habits.

According to Adam Starr, Flight Examiner/Instructor at Starr Aviation, the purpose of a debrief is to:

‘Debriefing is critical but is often overlooked in favour of the briefing,’ he says.

‘There is much concentration in current instructor courses on delivering a standard briefing as delivered on whiteboard/blackboard/slate since time immemorial. This achieves the apparent aim of demonstrating the trainee instructor’s knowledge but may also only demonstrate their memory of words or patterns.

‘What it doesn’t do is show how the instructor will get a behavioural or cognitive change in their student, which is what is needed for measurement of competence and progression.

‘Much of this is achieved by a good debrief but a lot of the teaching around this involves the use of review questions rather than a proper behavioural/psychological debrief.

‘Psychological debriefing, sometimes overlooked, is vital to ensure a student doesn’t depart feeling scared by something that occurred in the training and allows the instructor to explain the process. It also permits the instructor to measure the performance of the student in context of the syllabus, for them to have a concrete measurement of their progress.

‘The debriefing process allows a student time to vent their anxieties and allows for critical reflection, giving the option for them to request to repeat an element of the last lesson in the next. It also provides a much-needed break from an intense learning period, allowing the student to come back to earth before entering traffic on the way home.’

‘One of the big things, and one that as instructors we need to be vigilant with, is trying to find out if the trainee pilot has identified the same things the instructor has,’ he says.

With more than 1900 hours instructing in Jabiru J160s, almost all of which is ab-initio training, he has sent 40 pilots on their first solos. He is also the author of most of the school’s pre-flight briefing notes and is working on online briefings.

‘It’s not uncommon for instructors to assume that a lesson has been learnt, but without asking the trainee afterwards what they think they learnt, you can’t make that assumption—it’s a very good crosscheck,’ he says.

‘It also gives the instructor the chance to give some correction in a low pressure, more reflective environment. The debrief is also an opportunity to reinforce some key part of the lesson.

‘Sometimes it’s a very simple thing, such as “Those landings were great, we can improve our lookout on final, did you see the plane at the holding point?” However, while it’s important to be gentle with phrasing, an instructor should never lie. If something wasn’t good, you need to be able to communicate that, not just by saying it was rubbish, but also providing a solution.

‘For example, you could say: “‘How did you go with your pre-landing checks and flying straight and level at the same time? Before the next lesson, try visualising the sequence and getting through it faster, while glancing up and out the window to check your attitude. Also, you can practice this on the ground in the plane if you want, it’s free!”’

Safety is a culture and the debrief is an important part of that culture—the instructor’s job is ensuring the student feels safe and the information imparted on the brief is properly absorbed.

One tip I’d like to share from my experience of learning to fly is that of the ‘journal debrief’. After each lesson, I would venture to a café in Camden and write in a journal my experience of the lesson I’d just had.

At the end, I would highlight any questions I would have for the instructor and would detail areas which I felt I needed work or lacked confidence in. I continued to debrief myself long after going solo and have extensive notes on minor mistakes that, if left unchecked, may have compromised my safety. These journals not only helped me log my progress but also enabled me to see if an instructor and I were not gelling.

‘If the instructor consistently fails to provide adequate debrief then it is time to change schools,’ Adam Starr says.

A good debriefing will: 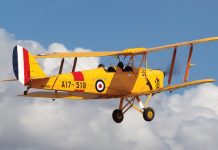