Many operators in the aviation sector regard the concept of a safety management system (SMS) as just one more headache for their company, another imposition that will require new software or an upgraded computer and hiring a graduate to be the safety manager. But is this perception valid or justified?

Maintenance company Pulse Aero in Adelaide has been running a safety management system for several years, but managing director Steve Davis has an interesting backstory to tell about how it came about.

Steve Davis: In my former employment, SMS was touched on a bit—that was in 2012—but nothing was mandated. It wasn’t until Pulse Aero decided to go from a CAR 30 to a Part 145 in about 2015 that we had to bring in an SMS.

What did you know about the concept of a safety management system back then?

I’m old-school aviation and used to do a fair bit of flying. SMS and HF (human factors) was all fairly new to me at that stage—and I wasn’t a believer at the start.

We were mandated to put this SMS in place and I probably resisted it a little bit. The way it was sold wasn’t very positive. However, when it came in, we were not being audited very positively around that SMS and I realised it was actually my attitude that was holding it back.

I thought, ‘I’ve either got to embrace it and lead from the top or I might as well get out of it’. I went in with one attitude but I’ve changed my view, because I started to see some benefits of it.

So how long did that take?

There was a lot of costs at the start and it took a couple of years to change the culture through the organisation. The reason is that when you put your business hat on, all you can see with safety management is costs and no benefits.

Then, when I changed my attitude, it filtered down from the top through our organisation and the culture changed. There was no light-bulb moment, it was a very, very slow change and then, all of a sudden, it got a set of wheels and changed very quickly.

It would’ve been quicker if I’d got my act together earlier with safety management. But finally, I knew I was at a crossroads—you can’t keep fighting it.

What about your staff?

The young people are very keen—they’ll embrace it and go with it straight off the bat. Once you get people onboard and get a buy-in to it, the benefits are just sensational.

In what way did you save money?

Yes, reputational damage is just so hard to measure—you can do 100 good things and no one knows about it, but do one ordinary thing and everyone knows about it. I don’t know if anyone can put a figure on how much money SMS is saving us. We could even be cost neutral by now, but you just can’t measure the benefits of maintaining your reputation and not damaging aircraft.

Our company is what I’d call upper end GA, servicing turboprop and turbofan aircraft. The lower-end GA people can only see the costs and none of the benefits. I say to them to stop just looking at the initial cost because the benefits will eventually outweigh the costs. There is a start-up cost and an additional running cost but I think that gets covered off pretty quickly.

Now we are a Part 145 third-party maintenance organisation but it’s only really in the last couple of years that we’ve had an active, positive SMS, with reports coming in reasonably frequently from our staff.

How does this reporting of risks operate?

We have a staff of just over 20 and we talk about problems at the toolbox meeting at the start of the day. We used to get reports from the guys but, because we weren’t following them through, they were getting very frustrated—and I was still in my resistance stage to SMS—so we would get half a dozen reports over a month and nothing was being done about them.

So we went backwards before we went forwards with it and that wasn’t until we decided to embrace a formal SMS. It’s a bit like a snowball—it begins to gather momentum and then away it goes and the culture changes very quickly. Now we’re probably seeing three or four good opportunities for improvement each week coming through.

Those three to four reports per week can cover a wide variety, from a trip or slip hazard, to tech data not being current, to someone seeing someone else standing on the top of a ladder or driving over an electrical cord with the tug.

Some are quite simple to close out at the toolbox meeting next morning and that’s the end of it. Others are serious and significant and it takes quite a course of action to sort those out. And now that we’re getting some decent data together and discussing how to mitigate these risks, I can actually see the benefits.

How does the historical data help?

Well, every two or three years, for some reason, we’ve crossed some wires on a starter generator on a Metroliner. Then, two years down the track, you’ve forgotten about the pain it caused you at the time.

However, once we began the SMS and looked at some historical reporting, some of these things are bobbing up every two or three years. We asked ourselves, why don’t we start toolbox meeting this stuff? The guys are really buying in on that and we stopped that issue—the crossed wires problem has become common knowledge.

How do you make sure your staff actually report things?

We’ve got a real just culture attitude in this place, no one is reprimanded or berated for making a mistake—put your hand up if you do make a mistake.

If someone puts an SMS report in on something you’ve done, it’s not taken personally. Our people are just taking it as an opportunity for improvement across the board. The only time people might get into trouble is if they try to hide something or they’ve been negligent but, fortunately, we don’t have that attitude in our workshop.

So where to from here? Does an SMS keep evolving?

Yes and we’ve still got a long way to go with it. We have a risk register and, every six months, we invite staff to list three main risks in this facility. Some become obvious. For instance, we asked 20 guys the question and 15 of them identified the same issue, so then we need to do something about it.

We’ve turned this into a much better organisation. The most critical thing we found is you need to respond and follow it up and give feedback, because if it goes into the never-never, it doesn’t take long for it to drop off.

Our SMS here is not Qantas, it’s very suitable for the size of our facility but we would like to think we can measure up against any other organisation when it comes to safety reporting, quality going out the door and culture within the organisation. 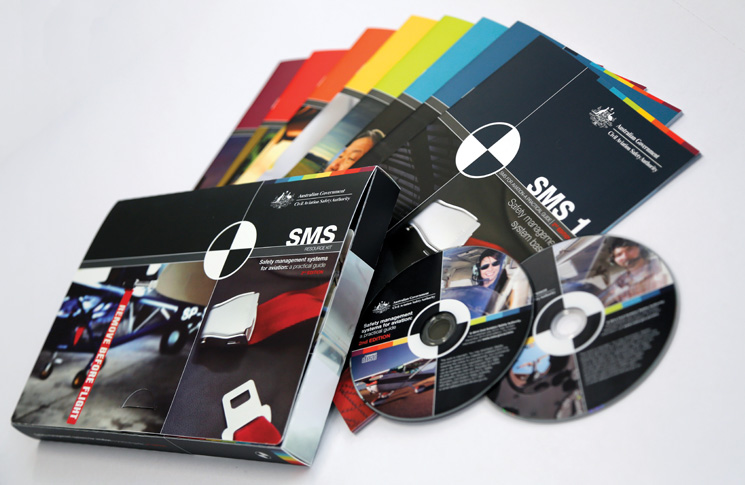 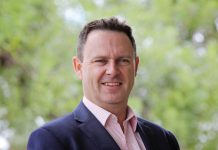 All wingspans, great and small