Can the so-called ‘hazardous pilot attitudes’ be managed to make flying safer?

CASA does not make specific reference to what might be considered ‘hazardous pilot attitudes’, however, guidance on this topic from the US Federal Aviation Administration has received considerable exposure in Australia since it was first released in FAA’s Pilot’s Handbook of Aeronautical Knowledge in 1987.

The concept of identifying hazardous pilot attitudes is to be able to recognise one or more of these attitudes affecting your own decision-making before or in flight, and then overcoming that attitude’s influence over your thinking, to make better choices.

However, I contend you would most likely not be a pilot without exhibiting these attitudes as well. And although they are touted as being hazards, there are times when each attitude can be beneficial.

Let’s look at the five so-called ‘hazardous’ pilot attitudes, how to address them in yourself and how each attitude has positive aspects. Then we’ll discuss using the positives and avoiding the negatives—seeking balance in the forces that influence our decision-making.

Traditionally we’re taught there are five hazardous attitudes—and it’s our job to detect them and put on the brakes to avoid letting those attitudes affect our decisions. Specifically, according to the handbook:

Here’s how the handbook outlines this traditional view:

This attitude is found in people who do not like anyone telling them what to do. They may be resentful about having someone tell them what to do or may regard rules, regulations and procedures as silly or unnecessary.

Impulsivity: ‘Do it quickly’

This is the attitude of people who frequently feel the need to do something—anything—immediately. They do not stop to think about what they are about to do, do not select the best alternative and do the first thing that comes to mind.

Antidote: Not so fast—think first.

Invulnerability: ‘It won’t happen to me’

Many people falsely believe accidents happen to others but never to them. They never really feel or believe they will be personally involved. Pilots who think this way are more likely to take chances and increase risk.

Antidote: It could happen to me.

Pilots who are always trying to prove they are better than anyone else think, ‘I can do it—I’ll show them.’ Pilots with this type of attitude will try to prove themselves by taking risks to impress others.

Resignation: ‘What’s the use?’

Pilots who think, ‘What’s the use?’ do not see themselves as being able to make a great deal of difference in what happens to them. When things go well, the pilot is apt to think it is good luck. When things go badly, the pilot may feel someone is out to get them or attribute it to bad luck. The pilot will leave the action to others, for better or worse. Sometimes, such pilots will even go along with unreasonable requests just to be a ‘nice guy’.

Antidote: I can make a difference.

One of the limitations of this traditional view is that it gives us a list of attitudes that are ‘bad’ without defining a balancing list of attitudes that are ‘good’. If I’m to avoid making bad decisions by recognising one of these attitudes in play, with what do I replace its influence? Is a five- or six-word phrase from the FAA’s handbook enough to counteract the attitude’s influence? And aren’t there times when these attitudes might be of benefit to a pilot if handled properly?

I contend that in order to be a pilot you have to exhibit each of these attitudes, at least at times. They are unavoidable personality traits that, properly channelled, are frankly essential to flying an aircraft.

For example, anti-authority. The classic mitigation is to ‘follow the rules’, to do what you’re told. Face it, you probably wouldn’t be a pilot at all if you didn’t buck the opinions of a lot of people in authority. You’ve got to be a bit of a rebel to fly—and then rein in that tendency to fly safely. You’ve got to find balance.

Similarly, you don’t want to act impulsively in an aircraft. But you must also be ready to jab in just the right amount of rudder in a gusty crosswind landing, push the nose down if you lose power at a low airspeed or shut the engine down and deal with the immediate outcome if you detect an engine fire—all instinctively, without taking much time to think.

‘Impulsive’ isn’t quite the right word, but as a pilot you must have the ability to act swiftly without deliberation when the situation requires. The key is to know when to respond without thinking, and how.

A feeling of invulnerability is dangerous. That said, you need a great deal of confidence to willingly launch as pilot-in-command, even more so in less forgiving conditions. Taken to an extreme, feeling vulnerable is an expression of lack of confidence. There has to be a middle ground.

What better expresses the ‘can-do’ attitude of machismo than flying an aeroplane? Naturally, there must be a balance between knowing you can do something because you’re trained and equipped to do so, and simply thinking you can do it because of an inflated opinion of yourself. Where’s the tipping point?

A classic expression of the trait of resignation involves flying an aeroplane under conditions you know you should not. Your passengers show up with more baggage than you expected; the crosswind is stronger at your destination than you’re comfortable with; the left brake feels a bit ‘spongy’; the ‘alternator out’ light comes on two or three times on each flight but is always resettable. The resigned pilot thinks, ‘I really don’t have a choice—I’ll give it a try anyway’.

As pilots we’re faced with all sorts of rules and regulations and aircraft limitations. Even if we don’t understand the reasons why they exist, we need to resign ourselves to the fact we must obey them. That, too, may be uncomfortable for you, but it’s really just a sign you have the opportunity to learn why a certain requirement exists.

Instead of defining five hazardous pilot attitudes that are found in some measure in all pilots, I suggest we think about the five essential pilot attitudes and then find the risks and benefits of each.

Consider this update of the table from the Pilot’s Handbook of Aeronautical Knowledge:

Each attitude carries a risk that can negatively affect your decision-making and lead to bad flying outcomes, but knowing we need a little of each attitude to fly, we can define a benefit from each as well. This in turn gives us a personal education and training goal to properly channel each of these pilot personality traits. It may even give instructors and pilot examiners a more concrete way to test and evaluate a pilot’s attitudes and decision-making ability because, instead of not doing something about each attitude, a pilot can be measured against something he or she should be doing to properly apply these personality traits.

There’s a certain amount of amateur psychology that comes with being a flight instructor. Having taught pilots for more than 30 years, I’ve tried to look for signs of the ‘five hazardous attitudes’ in my students.

Actively studying aircraft accident and incident reports for most of that time, I’ve puzzled with how to redirect the impact these attitudes have on pilots so that those I teach—and myself as well—avoid making similarly poor decisions.

Along the way I’ve concluded, as I’ve explained above, that these attitudes themselves are not hazardous, they simply exist—we need them in some form or another and there are risks and benefits of each. The trick is to find the benefit of each personality trait and then work to attain that benefit without letting the hazards become dominant in our decision-making process.

Pilots have attitude—it’s up to us to find balance in these forces and use pilot attitudes to comply competently and command confidently. 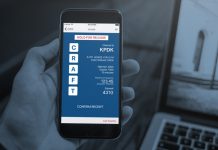 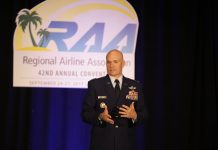 Air Force and airlines could team up in pilot training