The psychological effects of global aviation’s unprecedented shutdown are emerging, as are strategies for dealing with them

There are contrails again in skies that went clear in a matter of days last year and aircraft are being revived from slumber at some of the 900 airports that were hastily converted into boneyards; however, to use a metaphor, aviation’s take-off after COVID-19 is hair-raisingly asymmetric, with some sectors at full thrust and others closer to idle. Recovery is patchy and inconsistent between countries and sectors. Turbulence from third-wave lockdowns could easily upset any planned take-off.

Stress is part of aviation, of course. Pilots and cabin crew are taught how to deal with aircraft emergencies and practise these drills until they become routine. And engineers routinely deal with the mysteries and complexities of fault diagnosis, repairs and total rebuilds. But what happens when the system itself is in crisis? The stresses that come with this situation are not in any syllabus. Whether the rehearsed and drilled responses of the flight deck, the cabin and the hangar are adequate to deal with these stresses is an open question.

Tony Kern, author of Redefining Airmanship and founder/principal of Convergent Performance, acknowledges the crisis, but has a considered optimism. He says the whole culture of aviation is one of managing high-stress, high-risk situations.

‘We operate eggshells invisibly tethered to earthbound supplies, flying at altitudes where you could lose consciousness in seconds, navigate around thunderstorms where lightning exceeds the temperature of the surface of the sun, land on tiny ribbons of dirt or concrete – and call it routine,’ he says.

Kern says aviation is a cyclical business and its older, more experienced members have learnt to cope with not only its high-stress, high-risk challenges, but with its swings and roundabouts: fuel crises, pilot strikes, airline collapses, the post-9/11 impact on aviation, the global financial crisis and fluctuations in supply and demand for aviation personnel.

However, Paul Cullen, an A320 captain and a research associate in psychology at the University of Dublin’s Trinity College, says that while pilots ‘are a remarkable bunch who have learned to cope with the toxic environment they find themselves in, where a lot of what they do is not normal (getting up at 4.30 am, not being contactable by family at work for long stretches of time), they are no more resilient in the current climate than the general population’.

Professor Robert Bor, Director of the British-based Centre for Aviation Psychology, says the ‘current climate’, that of the COVID-19 pandemic, is different. He says past resilience in the face of the ‘normal stressors’ of aviation is no guarantee of future resilience and gives 3 reasons for this.

‘What marks the current crisis is firstly, its duration – we’re now a year into it; secondly, its prevalence – no country or part of aviation is unaffected; and thirdly, the ongoing uncertainty – we don’t have a clear and full picture of recovery,’ Bor says.

‘If and when recovery comes, it’s going to be fluttering and intermittent. There will be certain regions, countries and holders of AOCs [air operator’s certificates] that will be able to function while others will have to sit it out – we’re not all going to take off together.’ These factors have challenged the industry’s faith in its resilience, bringing a heightened focus on the mental wellbeing of aviation personnel and ways to develop more effective coping strategies.

Cullen’s research bears out the unique nature of the stressors of the current climate. He and his colleagues at Trinity College’s Centre for Innovative Human Systems carried out 2 aviation industry surveys, the first running from 2018 to 2019; and the second, in August 2020, the findings of which have just been released. The first study investigated the lived experience of pilots – the relatively common difficulties that affect pilots’ physical, mental and social wellbeing, and the impact these have on flight safety.

Almost 1100 pilots worldwide undertook the first survey, arguably the most detailed general health questionnaire put to pilots. Cullen and the team found that the majority of pilots were coping well with ‘routine’ work and life stressors and were interested to find out why some were coping better than others. Cullen says they identified 5 layers of defence:

Those coping better had more consistent sleep patterns and enjoyed better quality sleep; ate more fresh foods, less carbonated sugar and confectionary and remained hydrated; exercised doing something they loved as often as they could fit it into their week; had a sense of social connection, having both a shoulder to cry on and being a support for others; and had a sense of purpose.

A very different story emerged from the second survey in August 2020, which used the same instrument to assess the risk of depression as the first, but also included a measure for anxiety. About 2000 safety-critical aviation workers were surveyed: this time not only pilots, but cabin crew, engineers and air traffic controllers.

Compared to the earlier figures, in 2020 pilots were over a third more likely to meet the threshold for moderate clinical depression – 25 per cent compared to 17.8 per cent in 2018–2019. This compares to 23 per cent for the general population meeting the threshold for clinical depression, a figure derived from 2 studies in the UK and Ireland over the pandemic. Understandably, those who had lost jobs suffered far higher levels of anxiety and depression, both directly, for financial reasons, and indirectly because of the impact on their sense of purpose.

The group doing the best were air traffic controllers who tended to be older males in government jobs and therefore not facing the same job threats and fear of redundancy as those in private airlines. Conversely, the group suffering the highest levels of anxiety and depression, at levels double that of the general population, was cabin crew. They were younger, under 35, with a disproportionate number under 25, had fewer than 5 years in the industry, were predominantly female and had lost their jobs.

Cullen says the industry focus is now on developing coping strategies to mitigate individual psychological hazards, on creating ‘bullet-proof vests’ to protect individuals, through making them more resilient. However, ‘the industry should also be looking at what is creating this need for resilience – the psychosocial hazards, which have the potential, if unmanaged, to cause foreseeable harm, just as unmanaged physical hazards do. Psychological health and safety needs to be embedded into our safety management systems,’ Cullen says. ‘If we have more psychologically vulnerable people [because of the pandemic] returning to work, only to face the same problematic psychosocial hazards they’ve faced for years, there’s going to be problems, and this will affect flight safety.’

Kern’s assessment is that the aftermath of the pandemic will be so profound as to create a major societal mental health crisis, ‘a very real and problematic future for which we must be mentally prepared’. He says ‘mental health professionals will be overwhelmed’ and consequently he focuses on individual coping strategies. He says aviation professionals are uniquely qualified, if properly trained, to not only handle challenging situations, but also help others handle them.

At some point you need to realise that no one is coming to rescue you, at least not right away.

He advocates what he describes as ‘psychological survival training’, to develop an emotional survival trait he learnt in the US Air Force. ‘At some point you need to realise that no one is coming to rescue you, at least not right away,’ he says. ‘When you make this mental switch to personal survival mode, the world gets simpler and your purpose is re-established. Get through today, becomes plan for tomorrow, then stock up for the winter. Step by step, we self-rescue as we project further into the future, one where we have control.’

A sense of purpose was one of the 5 defence factors Cullen identified in those who coped better with work and life stressors, but an equally important factor was having good social connection. Harnessing the power of social connection with peers has proved to be very valuable in monitoring and supporting mental wellbeing in aviation personnel, with various organisations establishing formal peer support networks. Bor says such peer support groups have a proven return on investment of 5 to one, with a lower incidence of sick leave and time off.

‘I see the benefits on a daily basis,’ he says. ‘Motivated pilots are wanting to be trained as peer support – you pick up issues early in a supportive environment.’

Australia has such a peer support group, the Pilot Assistance Network (PAN), founded 30 years ago to support pilot wellbeing. The network is independent and confidential, funded in equal shares by Qantas and the pilot union, the Australian and International Pilots Association. PAN offers its services to the whole Qantas Group, including Jetstar, QantasLink, Sunstate and its freight operations – approximately 5000 pilots and their partners.

Until recently, Seamus Campbell, a former Qantas 747 captain, was the PAN national coordinator. ‘PAN is deliberately pilot-centric – we work with pilots, and most of the work stays with pilots,’ he says. The pilot peer support counsellors handle 80 per cent of the issues, handing the other 20 per cent over to specialist aviation psychologists or DAMEs, as appropriate.

Campbell says the pandemic has changed the focus of their work; before COVID-19, 20 per cent of the issues pilots brought to PAN were work-related and 40 per cent had to do with marital issues and relationships; the work-related counselling is now higher as pilots suffer anxiety about change and uncertain futures, frustration with the lack of information and the disruption of COVID-19 dominated schedules – for example, 4 days flying and 14 days in quarantine.

Campbell says the older, more experienced pilots, who had endured the cycles of pilot shortages and pilot gluts, the collapse of airlines, 9/11 and the global financial crisis, had the ability ‘to take what was happening and use their past experience to adjust to it’, while the younger A380 and A330 second officers and cadet pilots had no such experience to fall back on and were affected more severely. He says they were caught up in ‘the fallacy of Heaven’s reward – believing that if they did the right thing, they would be rewarded’.

During the pandemic, PAN has been active in reaching out to as many of its pilots as possible, to support them and their partners with the ‘whole bunch of emotions – grief, anxiety, depression, anger’, surfacing because of the COVID-19-induced disruption. They have increased their communication activities, such as visits to all the Qantas bases, letters to every pilot in Qantas, addressed to their partners (who are more likely to contact PAN for help on their partner’s behalf), a new webpage with targeted resources and a call-back service, which responds within a couple of hours.

In 2019, Virgin Australia also established two networks, training volunteers to support their peers’ wellbeing: CONNECT for pilots, and Care Crew for cabin crew. A company spokesperson says groups were ‘invaluable in helping get us through the tumult of last year’.

There are various models of peer support worldwide: New Zealand’s PAN encompasses not only airline pilots, but ATC and GA commercial and private pilots; Laurie Shaw, an Australian Airbus captain, has set up the Hong Kong PAN on behalf of Cathay Pacific; while in Europe, peer support groups were originally mandated for air operators by the European Union Aviation Safety Agency in August 2020, a deadline extended to February 2021 because of the pandemic.’

Bor says the Centre for Aviation Psychology provides pilot peer support to 27,000 pilots within the UK and Europe. ‘Literally, daily, we see benefits,’ he says. ‘We see pilots wanting to be trained as peers to provide support for fellow pilots. The kind of issues we see are the living problems and challenges – relationships, financial, family, fatigue. But, by picking these issues up at an early stage, we can prevent a large number from escalating and becoming a challenge to flight safety.’ 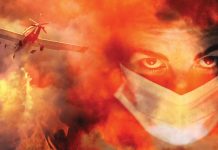 Whatever next? Crisis becomes normal