In flight training, pilots are urged to use every resource they have available, particularly in an emergency. An under-utilised and seldom-discussed resource is the other people on the aircraft. Kreisha Ballantyne explores using your passengers as a safety resource.

For the general aviation pilot, passengers should never be ‘self-loading cargo’ as the more cynical in air transport operations sometimes refer to them. Your passengers are likely to be your family, or your friends. You have a personal interest in their safety, along with a burning desire to share your passion for flight.

You might not have a first officer, a sophisticated flight management system, or cabin crew to bring you tea and coffee, but you have your passengers—people with eyes, ears and brains, who can help you make their flight a safer one.

There are strict regulations against having passengers fly the aircraft, or operate its equipment in normal flight. But there is no reason why you can’t take advantage of your passengers as extra sets of eyes and ears.

In August 2009, on my birthday, I passed my general flying progress test, allowing me at long last to carry passengers. The very next day, I boldly and proudly took my then 15-year-old son flying. As he was my very first passenger, my briefings were detailed and my focus on his safety was nothing short of obsessive.

As we did the walk-around together, I pointed out each component of the aircraft, explaining its function. Inside, I demonstrated the moving parts and detailed the function of each instrument.

I described what was going to happen over the course of the flight and briefed him in the case of an emergency. I may have bored him into a coma, but I was nothing if not literal in my approach to passenger briefings: they were an important aspect of safety and a huge part of bearing the responsibility of carrying passengers.

Over time, my approach to passenger briefings had softened, reduced to how to operate the door, how to evacuate and how to avoid walking into the prop. Then, in April 2010, armed with a fresh pilot’s licence, I embarked on a trip with my sister that became a sharp reminder of the benefits of passenger resources.

Having read the forecast with a little too much optimism, my sister and I, in a very basically equipped PA-28, encountered deteriorating weather. With the cloud base lowering and the terrain rising, I decided we needed to land. ‘Hand me the ERSA from the back seat,’ I requested, for this was in the days before electronic flight bags. ‘The what?!’ asked my sister, as any non-pilot would. ‘The big fat book. Now, look at this map, and let me know the spot heights of everything around here,’ I demanded, drawing a rough circle around where I thought we were. ‘The what-height?’ she asked, bewildered. ‘The stuff in bold!’ I barked, unhelpfully, before realising that I needed to pause and show her exactly what I meant.

After that, we worked as a team, with my sister on spot heights and lookout for other aircraft in the area, and me on briefing myself to land at an unplanned aerodrome. The landing was uneventful, as all my favourite landings are, but during taxi for departure, once the weather had lifted, I hit a metal tie-down peg, causing a giant ding in my prop. I neither heard nor felt the strike, and didn’t notice it until tie-down at Moorabbin. It looked like I’d taken a bullet. I’d sought advice from a LAME, who told me I was lucky I hadn’t lost part of the prop, which might cause the engine to shake and eventually fail.

For me, that was the inevitable moment all pilots eventually reach: the one where you imagine how your engine failure would pan out, and how well you’d handle it. And, equally importantly, how my passenger would handle it. Had she been adequately briefed? Would we have still continued to work as a team? What if I’d been injured and she not? The whole incident changed the way I view my briefings and my relationships to my passengers.

Now, if I fly with a non-pilot passenger, I carry a passenger emergency checklist, which is brief, but covers: how to shut down the engine, turn off the fuel, deactivate the autopilot and richen the mixture. It also carries the emergency frequency (121.5) and how to use the radios.

These days, I’m often lucky enough to fly a modern aircraft, with the focus being very much on passenger safety. The aircraft is equipped with a parachute, for which we are given extra training, including an extensive passenger briefing. Once the passengers understand that the parachute is on the airframe, and not something they’re required to wear, they feel calmer. The parachute handle is partially covered with a checklist that walks the passenger through the steps of deployment, equipment and engine shutdown. So successful has the ballistic chute become as a safety tool, they’re now becoming increasingly common on light sport aircraft.

The Cirrus range of aircraft is equipped with a ‘wings-level’ button (known as the ‘blue button’) which is mentioned in my passenger brief, along the lines of ‘in the unlikely event that I may become incapacitated, immediately press the blue button and follow the emergency checklist, which as I showed you before, is in the seat behind me.’ It also features a ‘go-around’ button, which activates the autopilot and instructs the aircraft to commence a climb, as well as a hypoxia alert, which will, at altitude, check in with the pilot to ensure they’re alert.

Many aircraft are built with safety-enhancing features, some of which can be retro-fitted. These include synthetic vision, traffic awareness, Stormscope, terrain awareness protection, and ESP (electronic stability and protection), offered by Cirrus and Cessna on the TTx.

A good talking down

‘Air traffic controllers are trained to provide reassurance,’ says David Wiman, of Airservices’ Safety Promotion. ‘In a case like this, they would try and keep the passenger calm, and instruct them through the basics, like keeping the wings level. In the background, ATCs would be contacting a nearby pilot on frequency to aid the passenger, as well as seeking an ATC who is also a pilot (and many are) to provide detail on the specific aircraft, and on how to talk the passenger down.’

Even though the modern aircraft I fly are equipped with traffic awareness systems, I always regard each passenger as an extra set of eyes. All passengers can be given the task of spotting other aircraft, especially on descent and in the circuit, where being distracted is often welcome.

An often over-looked passenger resource is the passengers’ ability to help each other. A calm passenger can be invaluable in soothing a nervous one; a sick passenger may be aided by an able passenger.

And, let’s not forget the most beneficial aid a passenger can offer in a non-emergency situation: the service of tea, coffee and nuts, the deployment of fresh napkins; and the ability to film your landings with their mobile phone cameras. 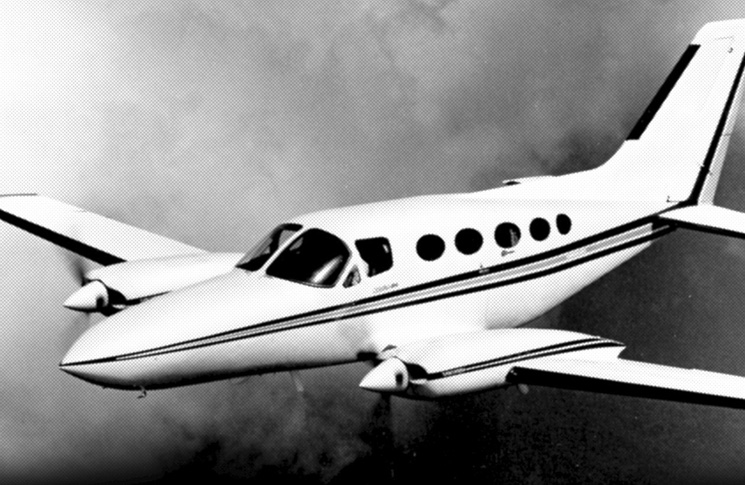 It was 5 April, 2012. Pilot John Collins, 81, was ten minutes away from landing at his home airfield in Cherryland, Wisconsin, when he suffered a heart attack, dying at the controls. His wife, eighty-year-old Helen Collins, made international headlines when she took over the controls, and with the aid of ATC and another aircraft, successfully landed the Cessna 414.

A 45-minute recording released by the Door County Sheriff’s Department reveals the elderly novice sounding perfectly in control, even though she had no pilot’s licence and knew her 81-year-old husband had just died.

On the flight recording, Mrs Collins says little about her husband, focusing instead on her location and speed. She tells airport officials she’s doing fine but that her fuel is extremely low.

As she neared the airport, pilot Robert Vuksanovic scrambled to the Collins family’s second light aircraft to join her in the air and guide her to the ground. Vuksanovic stayed by her side as they circled the airport and slowly descended.

The twin-engine aircraft bounced hard off the runway, then landed and skidded about 1,000 feet. Mrs Collins was taken to a local hospital and treated for minor injuries. Her husband was pronounced dead.

Speaking after the incident Helen’s son, James Collins, described his mother’s actions as unbelievable, ‘I can’t even tell her how to run a computer, let alone land a plane!’ He said his mother had spent hours by her husband’s side in the air, and that while she had never got her licence, she had received take-off and landing lessons some 30 years ago at her husband’s urging, in case of an emergency. 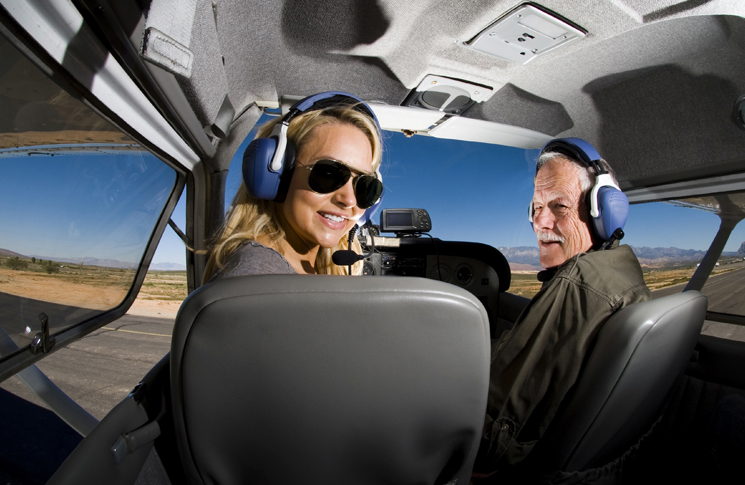