See and avoid. It seems so simple to understand and so simple to say. And that’s precisely the problem—it might be easy to say but it’s not so easy to do. To demonstrate, consider a corporate jet approaching Brown Field, San Diego—a Rockwell Sabreliner.

It’s just before lunch on 16 August 2015 and it’s busy in the circuit. Very busy. Both of the dual westerly runways are in use. The Sabreliner, call sign ‘Eagle 1’, is crewed by experienced pilots (some 12,000 hours between the two of them) and both are relatively recent. The co-pilot is flying, from the right seat. They do what we all do as we approach a busy circuit: make an inbound call to the tower and then get their ‘heads on a swivel’ looking for other aircraft. They are now attempting to ‘see and avoid’.

‘Enter right traffic above 2000.’ That’s the tower. The controller is a trainee under supervision and the clearance is relatively simple. Eagle 1, from the west of the field, is to enter a right downwind. This will nicely facilitate a right-base turn and westerly landing to runway 26 right.

From here on in, the tower frequency is alive pretty much continuously. It’s so busy the tower supervisor takes over from the trainee. But even the supervisor, a relatively experienced controller, is well beyond his personal comfort level. He’ll later state he considered his personal limit to be the concurrent control of four aircraft. There are now nine call signs in the circuit, all vying for the attention of each other and of the tower. That’s nine separate call signs to ‘see and avoid’.

The Sabreliner crew spend the next minute scanning back and forth across the circuit and relaying sightings to each other while trying to hear any relevant directions from the tower.

The busyness of the circuit and the strain on the Eagle 1 and the tower controller is evident even over the tinniness of the cockpit voice recorder:

Tower (to a helicopter on downwind): ‘Listen up! Turn crosswind … uh … turn base.’

Co-pilot (pilot flying): ‘We got one on the runway.’

Captain: ‘Man we hit it perfect didn’t we …’

The co-pilot, with his ‘panicking’ comment, is referring to an obvious error from the tower. The tower has, with no small amount of impatience, instructed a helicopter to ‘turn crosswind’ then quickly corrected to ‘turn base’. That’s his second mistake in as many minutes. It won’t be his last or his worst.

The ‘guy on the right side’ was a Cessna 172, call sign N1285U, spoken as November Eight-Five Uniform, conducting touch-and-go circuits to runway 26 right. The Cessna was one of two aircraft the pilots of the Sabreliner had been asked to sight as they entered the traffic pattern.

The other aircraft to sight, also a Cessna 172, was on the left of Eagle 1 and intending on departing the circuit area. Its call sign was N6ZP and it was to this aircraft the tower was referring when it mistakenly transmitted ‘November Six-Zulu make a right 360’.

It was a fatal call from the tower because the tower inadvertently mixed up the call signs. The tower had intended for the call to go to the other Cessna 172; that is, to November Eight-Five Uniform, the aircraft on the right of Eagle 1. The intent was for the much slower November Eight-Five Uniform to conduct a right orbit allowing the faster Eagle 1, flying parallel to its left (north), to safely overtake on downwind.

As the gap between Eagle 1 and November Eight-Five Uniform rapidly closed, the tower issued its last instruction to Eagle 1: ‘Eagle 1 turn base 26 right, clear to land.’

The crew of Eagle 1, having received their landing clearance, dutifully proceeded to turn base secure in the spurious knowledge November Eight-Five Uniform was (as far as their mental model went) safely behind them. The crew were in a classic situation of seeing but not perceiving. There was no reason to expect an aircraft in front of them so, as they looked at the base leg of the circuit, base was all clear.

Except it wasn’t. November Eight-Five Uniform—difficult to see in the ground clutter—was directly in Eagle 1’s intended flight path.

Captain: ‘I see the shadow but I don’t see him’

The co-pilot was stating the obvious and probably attempting to alleviate his concern about the almost frenetic circuit activity. The captain, evidently still seeing the shadow of N1285U, knew something wasn’t right and yet the compelling mental image from the tower’s erroneous clearance overwhelmed any gut instinct he had that something was wrong. Neither pilot took action. Neither pilot would speak again.

Tower: ‘Are you still on downwind sir? Right downwind?’

It was a mid-air king hit. The forces involved were violent, and the collision geometry acute. The right wing of Eagle 1 severed the Cessna’s right wing and demolished its own wing root in the process. Both aircraft were sent tumbling and cartwheeling to the earth, a thousand feet below, shedding components and metal fragments the whole way. There were no survivors.

Out of complexity, a horribly simple outcome. The US National Transportation Safety Board (NTSB) recreated the circumstances in a video. But even with its help, successfully and quickly picturing the movements of all nine aircraft at Brown Field is quite difficult. Imagine how it would have been in real time with no ability to pause or scroll back.

The NTSB noted neither Eagle 1 nor N1285U had a traffic advisory system (TAS), traffic alert and collision avoidance system (TCAS), or automatic dependent surveillance-broadcast (ADS-B) equipment or displays. The investigation constructed a simulated ADS-B display, based on the circumstances of the crash. It produced an aural warning that Eagle 1 would have received 91 seconds before the collision, had it been so equipped, ‘Traffic, 2 o’clock, low, less than 1 mile, climbing’.

If we really want to fulfil the ‘avoid’ part of ‘see and avoid’ we need to understand the ‘see’ part will need to be augmented by other things. Given the physiological and psychological limitations of human attention and information processing, successfully avoiding a mid-air collision is significantly more than just a methodical scan.

Civil Aviation Advisory Publication 166-2(1) has a lot of wisdom in this regard as does the ATSB’s sobering and sadly still relevant treatise from 1991, Limitations of the See-and-Avoid Principle. Time doesn’t permit full treatment here, but suffice it to say these references, if I were to summarise them, suggest ‘see and avoid’ should really be something like ‘train, plan, equip, broadcast, listen, see … and avoid’. In any case, when next we approach a busy circuit, or even a non-busy one, we’d do well to remember the crew of Eagle 1. Will you see the traffic? There’s no easy answer to that question. 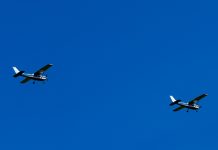 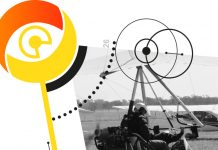