Home Feature Doctors in the skies 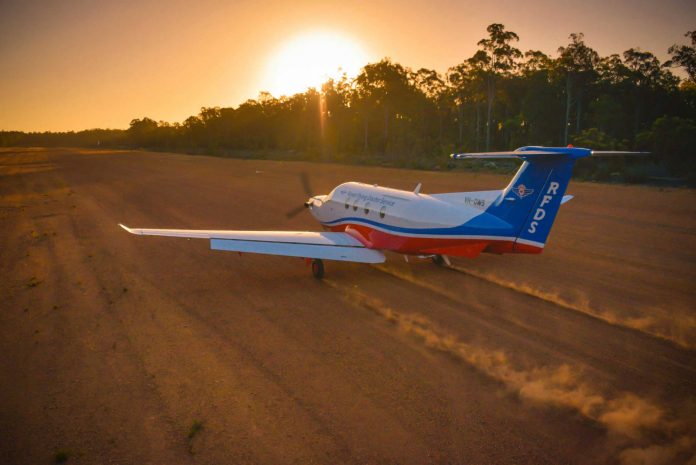 May 17 marked the 90th anniversary of a distinctive and remarkable Australian institution, the Royal Flying Doctor Service. Since 1928, it has provided a mantle of safety over the outback. Importantly, it has provided the safety of rapid transport and retrieval of patients without imposing risks of its own. In the hair-raising barnstorming days of early aviation this was an extraordinary achievement. The Royal Flying Doctor Service did not have a fatal accident until 1981 and has not had one since its second fatal accident in 2001. To put those tragedies into perspective: the flying Doctor assisted 336, 358 people last year and conducted 17,094 nurse, GP and dental clinics. Its 69 aircraft flew a collective 26 million kilometres.

Origins: the Clergyman and the pilot

In 1917, the Reverend John Flynn, founder and head of the Presbyterian Church’s Australian Inland Mission, received an unusually interesting letter. It was from a trainee pilot in the Australian Flying Corps, Clifford Peel, who had been a medical student before enlisting during World War I. Combining his medical training with his experience in the young field of aviation Peel suggested how aircraft could be used to carry out the mission’s work. He went into detail, covering aircraft type, range, speed and costs. He even suggested Oodnadatta, Cloncurry and Katherine as potential bases. Peel never lived to see the aerial medical service he suggested; his RE-8 two-seater disappeared on a patrol over France in 1918. But his letter started the Reverend Flynn on a quest to found the flying doctor service. In the course of doing this he met other young returned military aviators, including Hudson Fysh, who ran the Queensland and Northern Territory Aerial Service. In 1927, Qantas and the Aerial Medical Service (the Royal Flying Doctor Service name came in 1955) signed a lease agreement and on 17 May 1928 the first flying doctor flight took off, using a Qantas de Havilland 50 biplane, leased for two shillings a mile. The service made 50 flights and treated 225 people that year.

The ethos of the aviation start-up went well with the experimental medical service, which benefited from Qantas’s immediately established culture of safety management. Fysh told Flynn ‘We must make a list of all the risks that might be encountered in having flying doctors serve the inland and make sure that not one of them happens.’

Through Qantas the AMS was lucky to have the services of its remarkable chief engineer, Arthur Baird, who oversaw the construction and maintenance of early Qantas aircraft. The Australian airline and the flying doctor followed their own paths over the years but to this day a senior Qantas executive sits on the board of the RFDS.

The Fred Mckay getting ready | RFDS

Like Australia itself the Royal Flying doctor service is a federation; seven separate but similar bodies serving a common purpose and cooperating. There are differences from region to region. In Queensland, the fleet includes two Cessna Caravans, while Western Australia is waiting for the delivery of its first Pilatus PC-24, an aircraft that combines jet speed and range with the ability to operate from short unimproved runways.

Emergency medical service (EMS) aviation is a category of operations with obvious dangers; landing on unfamiliar, basic airstrips, often at night, are the two standouts. Added to them are the subtle risk of operational pressure, which is subtly greater when passengers are patients, and the ever-present hazards of weather and fatigue.

Despite this EMS has an impressive safety record. The Australian Transport Safety Bureau says, ‘Of all types of aerial work where information on flying activity is recorded, accident rates for EMS operations were the lowest of any category. This is in spite of the sometimes higher safety risks and difficulty associated with EMS when approaching and landing at remote or hazardous places to rescue people or provide medical relief.’

The RFDS deals with the issue of subtle operational pressure by adopting a policy of deliberate ignorance—but only for pilots. ‘Information about the patient is strictly on a need-to-know basis for pilots,’ NSW RFDS pilot Shawn Roper-Campbell explains. ‘That way there’s one less thing to influence your flight planning, even subliminally.’ As small- to medium-sized aviation organisations with unpredictable workloads, fatigue and fatigue management are constant issues. In NSW, the RFDS operates its Beech King Air 200 and 350 series aircraft single pilot. Fatigue management is one of the reasons for this.

NSW RFDS General Manager of Aviation and Strategic Development, David Charlton, is frank. ‘In a perfect world we’d be well funded and would fly large two-flight crew aircraft, but the reality is that funding is finite, as is the carrying capacity of a King Air after its 450 kg fit out of patient support equipment. The solution is single pilot operations.’

At the RFDS Mascot base pilots are on a cascading roster with shifts starting at 6, 7, and 10 am, and 2 pm. Unscheduled jobs go to the most recently arrived pilot. The intent is that pilots never take off on long and tiring flights near the end of their shifts. A similar roster applies to flight nurses.

Roper-Campbell, a former airline pilot on turbine and jet aircraft, says single pilot operations for the RFDS have one informal but considerable asset—the flight nurse. ‘In other charter flying I’ve done single pilot means you really are alone up at the pointy end. What I find is this is more like one and a half. You’ve got a flight nurse, usually with a huge amount of aviation experience. You can bounce ideas off them.’

‘Beyond the aircraft we’ve got continuous contact with the ACC, UHF, VHF sat phone and mobile. You be never feel isolated.’

Charlton says one measure the NSW RFDS takes to mitigate the potential risks of single pilot operation is flight data analysis. ‘We take 220 parameters off the aircraft and analyse them for cues we can add to our training. We can now measure the efficacy of our training. We can train a new procedure and then measure on the aircraft whether or not it’s being adhered to.’

Charlton says this use of data, which could be considered intrusive in some organisations is the result of a long-standing culture of trust and openness. ‘For me, the great safety story is the trust that exists between the pilot group and the organisation about the use of flight data analysis,’ he says.

‘We have a committee with pilots—line pilots, not management pilots—so our first trigger point when we see a flagged event that is maybe less than ideal is that the pilot community looks at the event first and then recommend further review.’

‘We have also been using simulation in training for more than 10 years even though our aircraft are GA category aircraft,’ Charlton says. ‘We use level D simulation; we’re an approved part 142 organisation. We’re going to buy our own simulator, which we’ll put in Dubbo. We’re repurposing a King Air Fuselage as an emergency procedures trainer and also as a crew procedures trainer for aeromedical. We’re also putting a hospital room simulator in Dubbo.’

Communication has always been integral to the flying doctor system, beginning with the pedal powered radio invented by Alf Traeger in 1929 that enabled isolated settlements to call for help. It’s a theme the RFDS is still developing, and Charlton is excited about the possibilities. ‘Satellite broadband linked to aircraft in flight would enable the medical staff to consult, diagnose and treat even as the evacuation was underway. You could have a specialist in a major city, or anywhere in the world reading the patient’s vital signs and watching them on high-definition video.’

The challenge of variety

The main difference Roper-Campbell discovered on ‘downsizing’ from jet operations to the RFDS was the amount of flight planning and contingency planning required. ‘Airline flying is very scheduled: you get your roster months in advance and know where you will be. We don’t have that luxury,’ he says.

‘You always have to have a few different plans up your sleeve in this job,’ he says. ‘At the same time, you get used to the nature of not knowing for sure what’s going to happen on your shift.’

‘The job requires round-the-clock commitment to situational awareness,’ he says. ‘You’ve always got to be a little in the game, even when you’re on the ground—which aircraft’s going out next, what the weather is doing? You soon become very broad with what the weather is, right across the state.’

For Roper-Campbell this challenge is the essence of the job ‘You become comfortable with uncertainty and you almost crave it.’ 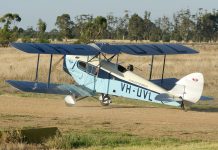