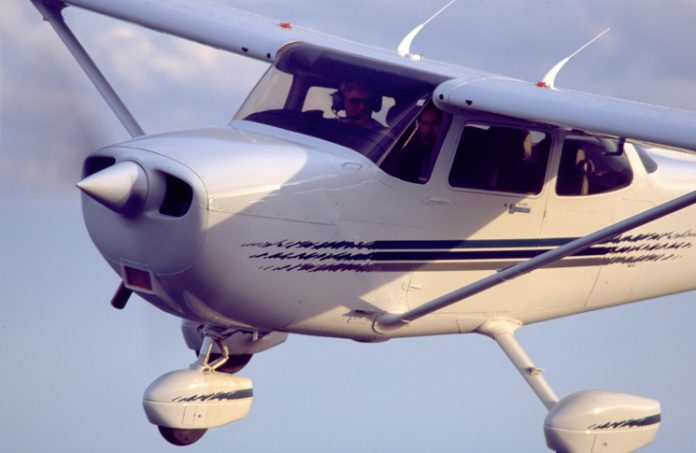 I originally learnt to fly in the mid-1970s, but a stint working overseas followed by some serious health issues, caused me to stop flying in the early 90s. With semi-retirement looming and my health sorted, I decided to return to flying a few years ago.

After about 10 hours of dual flying and passing my flight review, I joined a Bankstown base aircraft ownership group. I was being checked out in one of their aircraft late one afternoon. We had done some circuits and then ventured out to the training area to do some practice forced landings and air work.

On return into the gathering gloom, we were cleared from Prospect to join downwind for runway 29 right and maintain 1500 ft. Approaching the circuit area we were advised by the tower that traffic would an executive jet, making a touch-and-go from 29 centre, with a right circuit. The jet was advised that we were traffic on an early downwind.

That should have taken the jet below us. As the ERSA indicates, Bankstown circuit height is 1000 ft, and we were still at 1500 ft as per our clearance. The instructor and I looked for the jet, and quickly identified it by its landing lights as it turned crosswind. But we both quickly realised it was still climbing and was rapidly heading our way.

With conflict imminent, I turned toward the jet (on the theory it would vacate that piece of airspace before we got there) and pushed the nose down. We watched the jet pass a hundred metres or so in front of us, climbing through the level we had just hurriedly vacated.

We then levelled out at approximately 1200 ft, still on downwind for 29R, and with all the excitement did not get an opportunity to make the standard downwind call at the usual position. We were initially instructed by the tower to widen our downwind and follow the jet, but by this stage the jet was well behind us.

The tower then amended this instruction to fly a tight downwind for 29R, which we did without further excitement. We then heard the tower advise the jet that Bankstown circuit height is 1000 ft.  Clearly, the jet had climbed to 1500 ft and come into conflict with us.

The moral of the story is to know the local traffic regulations as set out in the ERSA. If in doubt, ask for clarification and maintain your own situational awareness.