Home Feature Radio work: are you being heard?

‘You’re the voice, try and understand it. Make a noise and make it clear,’
John Farnham, 1986

Aviators – it’s time to take off your masks – for safety. No, not those masks, I’m talking about the masks that stop us understanding, blocking out hearing and perception. The bad news is that as we get older, these masks creep up on us, without us realising.

A 2017 study by the University of Leuven in Belgium found perceiving speech in noisy environments becomes increasingly difficult from middle age, even with normal hearing and cognitive function. And environments don’t come much noisier than the cockpit of a general aviation aircraft.

By being aware of our voice, words, transmission and our audience, we can help reduce safety risks in the cockpit when we make a radio call.

When it’s not the tools

As pilots, who among us hasn’t heard an indistinct transmission and tacitly blamed it on ageing equipment or the tyranny of distance on radio waves?

But what if it is neither technology nor geography? What if it is human factors? And, what if we, as the speaker, have some control over the part we play in those factors?

Of those of us in the sky and licensed with CASA (not including students), 47.8 per cent are over the age of 41, generally regarded as the onset of middle age. This percentage is far higher in the RAAus population – around 76 per cent. The number of female pilots is slowly increasing, now making up 7 per cent of CASA-registered pilots, and the radio waves are as culturally diverse in the sky as on land. And, or every different voice in the air, there is a different set of ears and brain.

When we make a radio call, we need to be aware our audience is not just a pilot, not just ‘someone like us’ – a medley of environmental and human factors influence how they receive and comprehend our spoken message.

In a one-on-one conversation in a quiet environment, it is easy to perceive a spoken message. Adding layers of sound or distraction to the environment is called masking. Like wearing an actual mask, the greater the layers of masking, the more speech becomes unintelligible, making it harder to both hear and understand. Research shows there are 2 types of masking that typically make listening to speech more difficult: energetic and informational.

In a cockpit, the engine noise and other cabin noises are types of energetic masking. The cognitive load – frequent radio or passenger chatter, constant decision-making, navigating, controlling the aeroplane, weather and anything else requiring your attention – is informational masking. Pilots experience layers of energetic and informational masking to varying degrees.

Pilots are indeed human and, regardless of how good the ears are, humans listen with their brains. Ears, incredibly complex anatomically, receive and process the sensory information and forward it to the brain. The brain processes the information into an understanding – this is listening. This process includes switching to and from the various elements of the information received, selecting what is important and what is not, and constantly updating and committing new information in our memory; all performed in millionths of seconds.

Adding layers of sound or distraction to the environment is called masking.

How we listen, how we process the information received to the brain, is also individualised. A 2019 study suggests the genders begin to cognitively process auditory information differently from adolescence. Another 2018 study indicates the genders listen with different parts of the brain (although this is no indicator of performance). Culturally, research suggests our brains ‘commit’ to our regional accent before we are one year old – we perceive music and learn language differently and struggle with accents and words foreign to us or out of context or not what we expect to hear.

Everyone cognitively processes what their ears receive, both by nature or nurture, as an individual, regardless of their hearing abilities.

Hearing and listening as we age

According to Professor Astrid van Wieringen of the 2019 study, it is our hearing ability plus our cognitive process that enables speech perception and listening. However, everyone’s hearing structures anatomically degrade over time, gradually making hearing more difficult. ‘And past 50, your ability to switch, select, update, inhibit and ignore sound also diminishes, even for someone with excellent hearing,’ van Wieringen says.

The effect is twofold. Our ability to hear the bits of information that make up speech declines, meaning the information received and forwarded to the cognitive processing system is more sparse, making it harder for our brains to process. And, even operating within normal cognitive function parameters, our brains, as we age, are ever-so-slightly less able to perceive speech correctly. But it is the effect of masking, as the Belgian study showed, that significantly compounds age-related speech perception difficulties. And, in a cockpit, there can be considerable masking.

One way to strip off the mask on your brain is to use noise-cancelling headphones. A 2013 study by Jang, Molesworth, Burgess and Estival tested the beneficial effects of noise-cancelling headphones to reduce communication errors. The study tested both native and non-native English speakers. ‘The main findings from this research indicate that when exposed to noise typical of that experienced in a GA cockpit, noise cancelling headphones improves individuals’ ability to accurately identify and repeat (verbal or written) words provided verbally,’ it said.

Noise-cancelling headphones may also preserve your hearing on the ground. Jang, Molesworth, Burgess and Estival found general aviation aircraft were noisy, with noise levels inside commonly used training aircraft during cruise averaging 95 decibels. There is a school of thought that says using active noise-cancelling headphones reduces your ability to detect subtle changes in engine tone or airflow, but the irony is that a lifetime of unprotected exposure to noise particularly reduces hearing sensitivity to high frequencies. Catch-22.

There are lots of things you can do to increase the likelihood of your radio voice being heard and understood.

Ensure your microphone is up close and personal with your lips. Think before you speak; structure what you say and plan to use the correct words. Then press the button, pause (take a breath), use your natural, conversational voice, speak slowly and purposefully, enunciate clearly, state the transmission, pause and then release the button. At its simplest, enunciating is the opposite of mumbling. It means to articulate each word and its syllables, using your breath, lips, tongue and jaw.

Keep your sinuses clear or get that nasal condition fixed. Stay hydrated; although your bladder may not love you for it, your throat needs a bit of grease to work properly. Perhaps rethink that smoking habit. Do not attempt to lower or raise your pitch; according to van Wieringen, this is not helpful. Consider your pronunciation. Are you a yod-dropper (saying ‘toob’ instead of ‘tube’)? Do you use any regional lingo (‘big smoke’ – how could that be misunderstood)? Words matter! And, don’t fade off at the end of sentences; we all do this to some extent so it pays to be aware.

Get some ‘muscle memory’ happening with your radio calls. If you are a low-hours pilot, practice structuring and speaking calls in the car on the way to the airfield. If you are a high-hours pilot, use terminology recognisable by all pilots, because using IFR lingo is not going to keep he VFR pilot safe – or you safe from the VFR pilot! Use ‘affirm’, ‘wilco’ or ‘roger’, not ‘right’ or ‘ok’, and, if you must go off script, speak clearly and sensibly.

George Bernard Shaw, one of the world’s most famous communicators, once said, ‘The single biggest problem in communication is the illusion that it has taken place’. The cockpit is no place for complacency that leads to miscommunication. Beyond the whizbang technology of noise-reducing microphones and headsets, radio transmitters and receivers, our transmission can only ever be as good as the ingredients by which it is first made.

Use your voice effectively and adhere to the phraseology to increase your chances of being heard by the widest range of ears and brains possible. 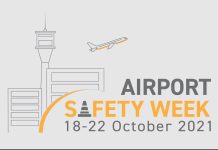 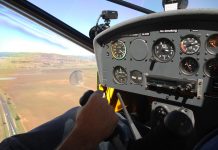